King of Scars is a fantasy novel by American author Leigh Bardugo published by Imprint in 2019. It is the first in the duology, followed by Rule of Wolves#2 and a continuation of Bardugo’s Grishaverse and this is a series of two young-adult fantasy-adventurous books by Leigh Bardugo.

Another book of King of Scars Duology series is Rule of Wolves, this series is followed by The Grisha Trilogy, the first series of Grishaverse which has included Shadow and Bone#1, Siege and Storm#2, and Ruin and Rising#3.

The second series of Grishaverse was Six of Crows Duology that contains the Cooked Kingdom.

Note! If you already read the book, please inform us about the parental guidance here with your support, we can bring out a better vision to everyone.
Read the book “King of Scars”

In this Grishaverse novel, King Nikolai struggles to keep his kingdom stable in the undermining, frequently changing world.

Nevertheless, Ravka’s civil war ended three years ago, Ravka still faces threats both domiciliary — hypocrite to the throne, anger nobility among commoners—and outsiders, old enemies like Fjerda, debts owed to Kerch Worse, for the past 6 months Nikolai has been handling an enemy inside himself: The monstrous curse that implanted by Darkling was reoccurring when he sleeps, he a hazardous to his people, his crown, and even his soul. Zoya Nazyalensky, his friend, a powerful Squaller, and general of Ravka’s Second Army ars pleasured to help him.

They went to the Cult of the Starless Saint, who worship and claim loyalty to the Darkling. Yuri, the leader of this cult, travels with Zoya and Nikolai in search of a way to control the monster inside of Nikolai. They are captured in a remnant of the Shadow Fold that has some of Ravka’s Saints, including Sankta Elisaveta, Sankt Juris, and Sankt Grigori. Sankta Elisaveta helps Nikolai prepare for a dangerous stereotype to uproot himself from the monster, while Sankt Juris works with Zoya to hone her Grisha powers. Elisaveta and yuri betrayed Zoya and Nikolai. Juris is murdered by Elisaveta and is joined with Zoya as an amplifier. In the end, Darkling’s spirit has entered Yuri’s body.

Meanwhile, Nina Zenik is camouflaged as a woman named Mila Jandersdat. Shortly after depositing her lover, Matthias, Nina meets Hanne, a Grisha living in secret in Fjerda. soon they found out that Hanne is the daughter of Jarl Brum and Ylva, a Hedjut woman. Together, Nina and her team manage to rescue young Grisha women and children who are being drugged with parem, a dangerous drug, and forced to assume children born already addicted to the Parem.

In the second half of the novel, Isaak, a member of Ravka’s royal guard, is encountered. He was working for the Grisha at the palace to impersonate Nikolai, who went missing in between the procedure of turning him back to normal by a monster. Isaak helped Nikolai to find a politically advantageous bride, Nikolai chooses the real Princess Ehri to be his bride. 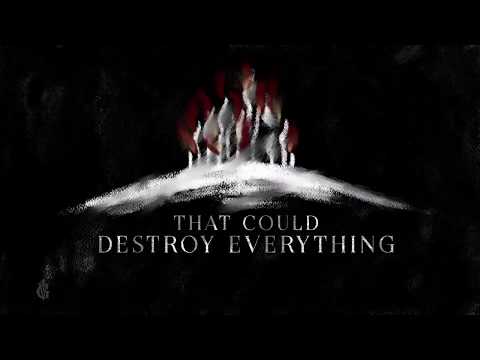