Siege and Storm is a young adult fantasy adventure novel by Heigh Bardugo and the second book of the series Grisha Trilogy and the Grishaverse Book Series. The Siege and Storm is published on  June 4, 2013, by Henry Holt and co. in this account, Alina’s life is haunted by the lives she took on the Fold, Alina must plan a life with Mal in a strange land, with keeping her identity as the Sun Summoner a secret. But she can’t leave behind her past or her fortune for long.

The Darkling has arisen from the Shadow Fold with new horrible and unnatural powers. Alina comes back to the country she left, with the help of a notorious privateer, she was prepared to fight the forces gathering against Ravka.

But as her power increases, Alina gets deeper into the Darkling’s game, and farther away from Mal. Now she has to pick between her country, her power, and the love she always thought would lead her, or she’ll lose everything.

Note! If you already read the book, please inform us about the parental guidance here with your support, we can bring out a better vision to everyone.
Read the book “Siege and Storm”

Alina and Mal travel across the sea to escape the Darkling, they’re not very good at hiding, as the Darkling found them very shortly. He uses some creepy shadowy monsters to attack her, and bring them back to him. They both got captured and bring back to the STURMHOND’s ships, who is the captain. Alina comes to know that they are on their way to find the second stage, meanwhile, the sea whip by using Mal to track it.

Mal eventually finds the sea whip, because he’s the most gifted tracker ever apparently. When the Darkling is busy trying to capture the sea whip, another ship appears out of nowhere, and Alina and Mal run away together with STURMHOND and his crew, among which Tolya and Tamar, and they also got a sea whip. The Darkling tries to catch them by using his power but this time they run out of the range of him.

Mal and Alina kill the sea whip to use some of its scales for a new amplifier, as she needs more power defeat Darkling and STURMHOND tells them he is taking her to West Ravka to his client, who paid him to get her. He may not be so trustworthy. Sturmhond turns out to be Nikolai Lantsov, the second prince of Ravka.

Nikolai/STURMHOND explains that he is helping his country and he offers her to come with him and unite the First and Second Armies and become his Queen. Alina accepts his offer.
Alina goes to visit Baghra, the Darkling’s mother, and finds out that he BLINDED her, she also searches for Morozova, because she needs to learn more about his amplifiers. and darkness is growing in her.

The dude that’s been spreading rumors about Alina being a Saint. He asks her to come with him to get stronger and claims to have information about Morozova but she refuses.
When Alina goes to see Mal fight, she catches Mal and Zoya kissing, Mal and Alina fight, and Mal complains that he wants the normal Alina back.

They thought there might be some information about the Firebird near Alina’s home, and Mal went to tack it. Nikolai’s birthday happens, and made a deal with the Fjerdans in the North and opened the roads, which made a way to Darkling. Eventually, Darkling and his Grisha and his nichevo’ya (shadow creepers) attack the palace, and anyhow Nikolai runs out of the spot with his parents and important people.

Alina’s Grisha fights an epic battle, and they run to a chapel, where the Darkling shortly finds them and take Alina with her and kept her friends in the chapel. To save her friends, Alina goes to the Darkling and gives her power to him. While doing the process they both got so weak even close to death but Mal comes in Between and escapes from the spot. When Alina wakes up, they are in some underground tunnels, and now her power is gone. She can’t summon the sun. 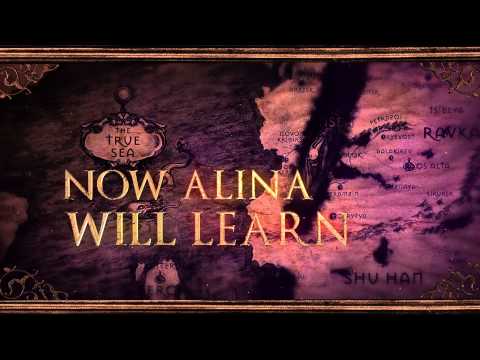 Siege And Storm Age Rating is13+