The Darkling rules Ravka from his shadow throne. Now the nation's destiny rests with a broken Sun Summoner, a disgraced tracker, and the shattered remnants of a once-great magical army.

Ruin And Rising is a young adult fantasy adventure novel by Heigh Bardugo and the third book of the series Grisha Trilogy and the Grishaverse Book Series. The Ruin And Rising was published on  June 17, 2014, by Henry Holt and co. in this account

Deep in an ancient network of tunnels and caverns, She has to protect the Apparat and the zealots who worship her as a Saint. Prior to this, she plans to lie elsewhere, to find an elusive firebird and the hope that the crook prince still survives. But as she begins to uncover the Darkling’s secrets, she uncovers a past that will forever diversify her understanding of the bond they share and the power she manipulates.

Note! If you already read the book, please inform us about the parental guidance here with your support, we can bring out a better vision to everyone.
Read the book “Ruin and Rising”

Alina and Mal decided to find out the firebird and Prince Nikolai with ten other Grisha. Before they left, Alina decided to talk to the Darkling by her powers. The Darkling offers her to join the throne as his queen, but she denied it. Alina and her friends begin their journey by a series of underground tunnels before arriving at the main spot they went to a city called Ryevost, to chase Nikolai with the help of Tamar and Tolya’s information.

However, they did not find any of Nikolai’s associates at the market. They decide to depart to find the firebird, but they were trapped by a group of soldiers. Nikolia saw them and get them to his base. Alina was eagerly want to see everyone, but the king was poisoned by his servant, Genya. He demanded to punish Genya she said she would take her punishment quietly if the King was too punished for raping her. Nikolai decides to send his parents away to the Southern Colonies.

They made two groups Alina and Nikolai will go to West Ravka to make allies, while Mal took a team in search of the firebird. Alina encounters the Darkling again. He told her that how he’ll destroy the West Ravka without her powers. Alina told Darkling’s plan to Nikolai about and went to visit Darkling’s mother, Baghra. Baghra confessed that she was the daughter of Morozova, who was the most talented Grisha of his time. He created two amplifiers and then he had two daughters. Baghra was his first, and the second one appeared to be human.

The next morning, Alina and her friends prepared themselves for their missions. Meanwhile, Darkling arrived and attacked them and use his darkness to turn Nikolai into a monster. Alina escaped again and went to find the firebird in Dva Stolba. Alina and Mal finally found the firebird and a dark secret that Mal was the third amplifier, not the firebird. Mal was the son of Baghra’s sister.

Alina was shocked and now she has to kill Mal for the amplifier. But she can’t do that and they made another plan to attack the Darkling as he was crossing the Fold. Darkling trapped Alina and starts killing all her friends. Anyhow she escaped and found Mal, he demanded her to stab him. She did the same and her powers disappeared, she stabbed the Darkling with the same knife covered in Mal’s blood.

Tamar and Tolya brought Mal back to life as all the new sun summoners vanished the Fold. Nikolai returned to his old self and took back the crown. Alina and Mal pretended to have died and back to their hometown and got married and created an orphanage together. 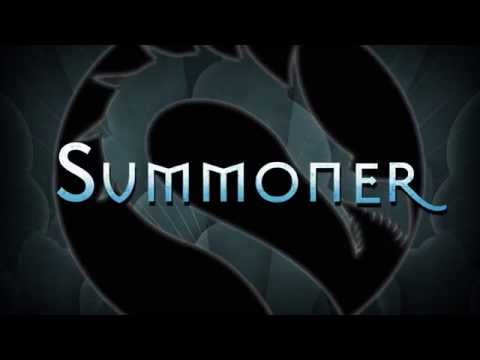