The series is distributed by Netflix. However, the production companies are Navy Productions, Halfire Entertainment.

TV-Series Another Life is rated TV-MA for Mild Nudity, Sexual References, and Language Throughout.

Season 2 of TV-Series Another Life is scheduled to be released on 14 October 2021 on Netflix.

Why TV-Series Another Life is rated TV-MA ?

In this series, After a massive flying object alien artifact lands on Earth and grows a crystalline tower above it. Erik Wallace, a scientist employed by the United States Interstellar Command, attempts to communicate with the alien structure.

Captain Niko Breckinridge leads an interstellar mission to track down its source and make the first contact. The Salvare is capable of faster-than-light travel and carries most of its crew asleep in hibernation pods, to be awakened as and when needed.

Another Life Wallpaper and Image 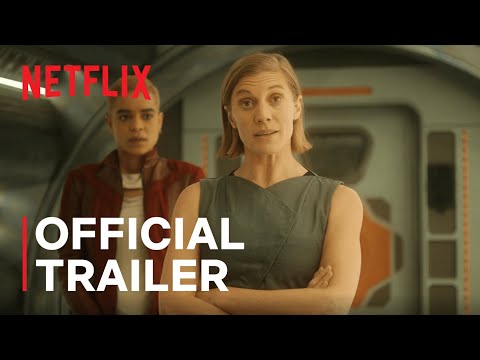 TV-Series Another Life is rated MA15+ in Australia, 16 in the Netherlands, R21 in Singapore, 15 in the United Kingdom, TV-MA in the United States.

TV-Series Another Life is rated TV-MA.