Titane (English: Titanium) is a 2021 body horror thriller film written and directed by Julia Ducournau. It stars Agathe Rousselle as a mentally unstable woman who becomes pregnant after having sex with a car. A review from the BBC called it “the most shocking film of 2021.”

The film had its world premiere at the Cannes Film Festival on 13 July 2021, where Ducournau became the second female director to win the Palme d’Or, the film’s top award.

Initially the film was released on 13 July 2021 in Cannes and it is scheduled to be released in USA on 1 October 2021.

Titane
Note! If you already watched the series, please inform us about the parental guidance here with your support, we can bring out a better vision to everyone.

Why The Titane movie is Rated R?

A little girl called Alexia was dangerously injured in a car crash, due to which a titanium plate is fitted in her head. When she comes back out of the hospital, Alexia ignored her parents and instead kisses their car lovingly.

After some Years, Alexia is grown up and now she is an adult, but still, creepily attracted to cars and performs as a sexed-up showgirl at a motor show. She has a large scar from her injury at the back of her head which is hides from her hair.

One night Alexia gets intimate with a car, while one of the male fans was attracted to her and clumsily attempts to seduce her, Alexia didn’t like it and cruelly killed him with her hairpin.  now it was clear that Alexia is a serial killer who has killed many people in the past months.

Later on, Alexia takes part in a blowout at a house party. She had sex with a woman and killed her and killed all other guests, male and female too. However, a woman runs away from the spot.

Now Alexia was wanted at her place, Alexia changes her appearance by shaving her hair, taping down her breasts, and broke her own nose, and went to the police pretending to be Adrien, a young boy who was missing since ten years before when he was seven years old. Adrien’s father, Vincent, recognizes Alexia as his missing son.

Vincent, a fire captain, took Alexia to the station where he lives and works and introduces her to his men. The firefighters are confused by the mute “Adrien”, but they didn’t ask anything about their captain’s behavior. Vincent is an abused man who preserving his strength by injecting hormones into his muscular, aging body. Alexia was not happy with his possessiveness towards her as his son and decides to escape from the fire station. But, after Vincent attempts suicide, she chooses to be with him.

Over time, Alexia finds it more and more difficult to continue with the identity of Adrien and somehow she gets pregnant. Vincent’s ex-wife comes to see her “son” but soon comes to know that he’s not her son and she is a woman but kept that secret with her.

Alexia’s body gradually breaks down, as new metal plates start appearing under her skin and she exudes what appears to be motor oil. As her pregnancy eventually comes to term, it is uncovered that Vincent knows her real name. Alexia dies after giving birth to the baby with the help of Vincent, he holds the baby with him, whose spine appears to be made of metal. 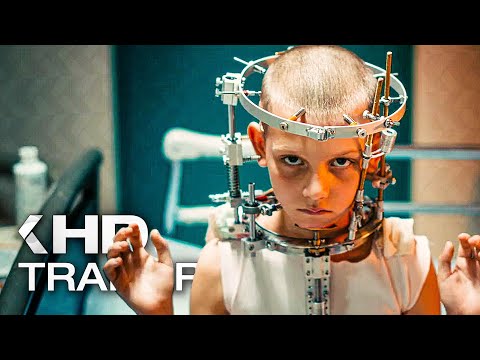