The Defeated (Shadowplay) is a Swedish drama thriller television series written and directed by Måns Mårlind.

The Series is distributed by Netflix, StudioCanal. However, the production companies are Tandem Productions, BRON Studios, Canal+.

In this series, there are no laws in Berlin, and everyone is either a criminal or a survivor. When American cop Max McLaughlin arrives to help create the police force and take down the Al Capone of Berlin, Dr. Werner ‘Englemacher’ Gladow, he is also on a private mission to track down his missing brother, who’s been killing former Nazis in hiding.

The TV-Series The Defeated is Rated TV-MA for Strong Bloody Violence and Brief Nudity.

Why The Defeated is rated TV-MA ?

The TV-Series The Defeated was released on 18 August 2021 on Netfilx.

It starts from the era of 1946, where an American police officer named Max was sent after World War 2 for the building of a new police force, meanwhile, he searches for his brother who was missing after the war which seems quite difficult as a continuous series of murders happening in town.

This show describes the incidents happening in Berlin after World War 2nd and how hard people are trying for their survival. It well illustrates how disputes and inspiration change from generation to generation. Publicity to brutalize the enemy worked just as well in Vietnam as in the First World War.

It’s more than the punishment of Nazis, it’s an interesting structure but a compelling portrait of miserable survival and switching through morals and hardship. The war impatient people existed on the borderline of society and in constant fear of being discovered. Still, they are assisted to emphasize the encouraging promise of a positive tomorrow.

The Defeated Wallpaper and Image 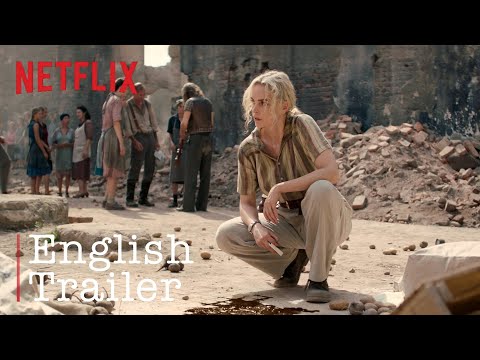 TV-Series The Defeated is rated 16 in the Netherlands, MA15+ in Australia, M18 in Singapore, 15 in the United Kingdom, TV-MA in the United States.

Series The Defeated is rated TV-MA.