The series is distributed by Netflix. However, the production company is Bambú Producciones.

TV-Series High Seas is rated TV-MA for sexual violence, nudity, and language throughout.

This series follows the story of two sisters discover disturbing family secrets after a string of mysterious deaths occurs on a luxury ship traveling from Spain to Brazil in the 1940s.

They become embroiled in investigating mysterious onboard deaths, secret microfilm, and hidden Nazi gold. The series starts with a mysterious woman called Luisa asking for help from the sisters, who smuggle her on board.

Later Luisa is apparently thrown off the ship into the sea, and thus the investigation starts. It seems to finish quickly when someone confesses but their suicide in confinement is suspicious. Eventually, the sisters’ father proves to be alive, having been thought dead for the past two years. 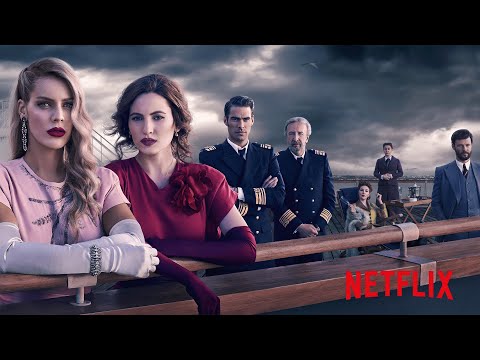 TV-Series High Seas is rated MA15+ in Australia, VM14 in Italy, NC16 in Singapore, 15 in the United Kingdom, TV-MA in the United States.