Bergman Island is a 2021 internationally co-produced drama film, written and directed by Mia Hansen-Løve. It had its world premiere at the Cannes Film Festival on 11 July 2021.

Thi movie is all about a filmmaking couple who went to the island where Ingmar Bergman was got inspired and finds that the difference between reality and fiction starts to blur.

Bergman Island is Rated R for some sexual content, nudity, and language.

Berg Man 2021 film
Note! If you already watched the series, please inform us about the parental guidance here with your support, we can bring out a better vision to everyone.

“The picture is all about an American filmmaking couple, both write for screenplays. They went to the island for the summer to write screenplays for their upcoming films in an act of religious journey to the place that inspired Bergman. As the summer and their screenplays advance, the lines between reality and fiction start to blur against the backdrop of the Island’s wild landscape.

Tony’s work is fêted at their artist residency while Chris struggles with her screenplay and the two, despite a tender rapport, seem to be at an unspoken impasse, navigating romantic malaise and subtle professional enmity under the spell of the stunning island and Bergman’s legacy. 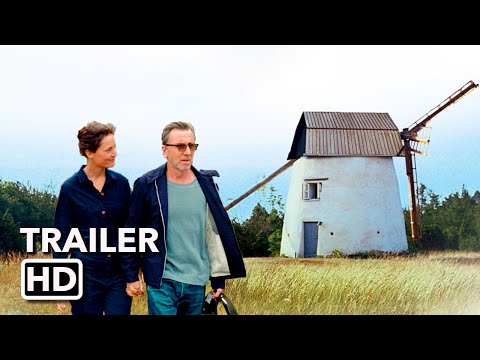