Beirut is a 2018 American political thriller film directed by Brad Anderson and written by Tony Gilroy. Set in 1982 during the Lebanese Civil War, the film stars Jon Hamm as a former U.S. diplomat who returns to service in Beirut in order to save a colleague from the group responsible for the death of his family.

The film was premiered on January 22, 2018, at the Sundance Film Festival and was released in the United States on April 11, 2018.

What does “Beirut” is it about?

Caught in the crossfires of civil war, CIA operatives must send a former U.S. diplomat to negotiate for the life of a friend he left behind.

Beirut has been Rated R for language, some violence and a brief nude image.

Why Beirut is R-rated?

Who is in the cast of Beirut? 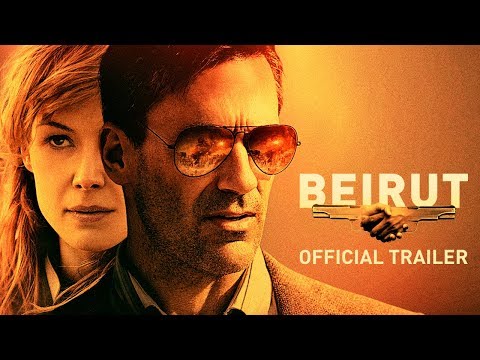 Know about Beirut Parents Guide. Why does Beirut to receive this age rating? Read the complete information here about Beirut ratings in the UK, US, Australia, Canada, Ireland, Switzerland, and overseas.

Also, please make use of the comment box for your reviews. We are always providing all age ratings for kids, We will make the easy and best way for your kids.Beirut (film)