Begin Again (Can a Song Save Your Life?) is an American musical comedy-drama film written and directed by John Carney. It is produced by Anthony Bregman, Tobin Armbrust, Judd Apatow.

The film is distributed by Entertainment One, StudioCanal, The Weinstein Company, Netflix. However, the production companies are Exclusive Media Group, Sycamore Pictures, Apatow Productions, Likely Story.

The Movie Begin Again is rated R for Some Violence and Language Throughout.

In this film, Gretta and her long-time boyfriend Dave are college sweethearts and songwriting partners who decamp for New York when he lands a deal with a major label.

But the trappings of his newfound fame soon tempt Dave to stray, and a reeling, lovelorn Gretta is left on her own. Her world takes a turn for the better when Dan, a disgraced record-label exec, stumbles upon her performing on an East Village stage and is immediately captivated by her raw talent. 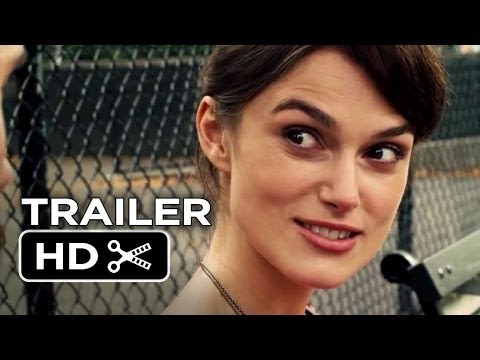 The movie Begin Again is rated M in Australia, K-7 in Finland, T in Italy, G in Japan, B in Mexico, M in New Zealand, R-13 in the Philippines, NC16 in Singapore, 15 in the United Kingdom, R in the United States.