Netflix is premiering a five-part sports documentaries series called “Untold” from the beginning of August. Untold: Crimes and Penalties, is a film from the Netflix Sports Documentaries film UNTOLD.

The upcoming Documentary film, Untold: Crimes is based on a trash magnate with mafia ties Jimmy Galante and his time running a minor-league hockey team and Penalties. Directed by Chapman Way, Maclain Way.

The film is produced by Talin Parseghian Middleton. However, it is distributed by Netflix.

The other films in the UNTOLD FILM SERIES-

Untold: Malice at the Palace is based on the 2004 Pacers-Pistons incident and the film is premiering on August 10, 2021.

The second film of the untold series is Untold: Deal with the Devil and this film is based on boxer Christy Martin’s relationship with trainer Jim Martin, the film is premiering on August 17, 2021.

Untold: Caitlyn Jenner in this film Jenner talking about her Olympic past, her decision to transition, and this film is premiering on August 24, 2021.

Netflix sport Documentaries Film Untold: Breaking Point rated 16+ on Netflix, which means the film maybe not be suitable for the audience under the age of 16.

In this movie, the bad boys of hockey are a team bought by a man with mob ties, run by his 17-year-old son, and with a rep for being as violent as they were good. 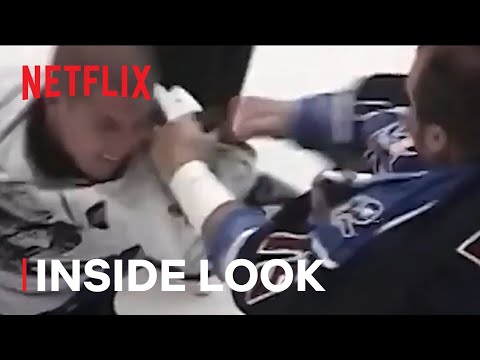