"As Alfred the Great defends his kingdom from Norse invaders, Uhtred--born a Saxon but raised by Vikings--seeks to claim his ancestral birthright"

The Last Kingdom is a British historical fiction television Netflix series that is based on Bernard Cornwell’s The Saxon Stories series of novels. The series is produced by Ben Murphy, and here in this article below, you will get to know The Last Kingdom Age rating and to know more about The Last Kingdom parents guide, release date, and cast.

Before letting your kids watch the film it is important for the parents to read about The Last Kingdom age rating and The Last Kingdom Parents Guide to know more about the shown content in the film, keep reading the article.

In the year 872, many of the separate kingdoms of what is now England have fallen to the invading Danes, leaving the great kingdom of Wessex standing alone and defiant under the command of King Alfred. Against this turbulent backdrop lives Uhtred.

Born to a Saxon nobleman, he is captured by the Danes and raised as one of their own. Forced to choose between his birth country and the people of his upbringing, his loyalties are ever tested. What is he? Saxon or Dane? On a quest to reclaim his birthright, Uhtred must tread a dangerous path between both sides to play his part in the birth of a new nation and ultimately recapture his ancestral lands.

The last kingdom is Rated TV-MA (For mature audience only) for intense and strong fantasy violence throughout the series, disturbing behavior, brief language, excessive sexual content including nudity, and alcohol use.

The Last Kingdom Wallpaper and Images

Who is in the cast of The Last Kingdom? 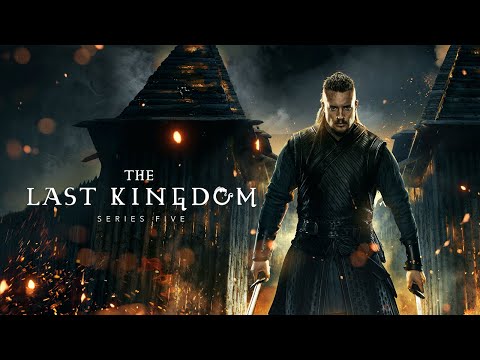