It is a remake of the 2012 film Masquerade, the series centers on the tale of a Joseon king and his doppelganger and is distributed by tvN, Netflix. However, the production company is Studio Dragon.

TV-Series The Crowned Clown is rated 16+ by Netflix for

16+ – Some shown content in the series may be inappropriate for children under the age of 16.

TV-Series The Crowned Clown was released on 01 October 2021 on Netflix.

In this series, The story takes place at a time in the mid-Joseon period, when upheavals and power struggles surrounding the throne had reached extremely devastating levels.

Joseon is in a state of disorder due to uprisings and a power struggle surrounding King Yi Heon. To avoid assassination, a clown named Ha Sun is brought to the palace to take the place of King Yi Heon.

The Crowned Clown Wallpaper and Images 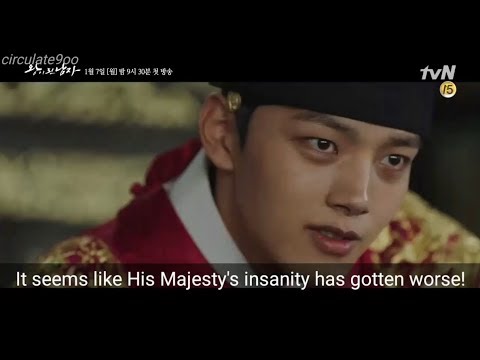 TV-Series The Crowned Clown is rated 16+ by Netflix.