The series is produced by Lisa Keane and distributed by ITV, Netflix. However, the production companies are Plum Pictures, Ferret Productions.

TV-Series Killer Women with Piers Morgan is rated 16+ by Netflix for Some Violence and Language Throughout.

16+ – Some shown content in the series may be inappropriate for children under the age of 16.

TV-Series Killer Women with Piers Morgan was released on 11 May 2016 on Netflix.

In this series, Journalist Piers Morgan goes behind prison walls to speak with women convicted of shocking crimes, shedding light on what drove them to murder.

Among those interviewed in the first series was Erin Caffey, whose boyfriend Charlie Wilkinson and his friend Charles Wade shot and stabbed her mother and two brothers to death.

In the second series, Morgan interviewed Rebecca Fenton, who murdered her husband, and Amber Wright, who took part in the murder of her teenage boyfriend. 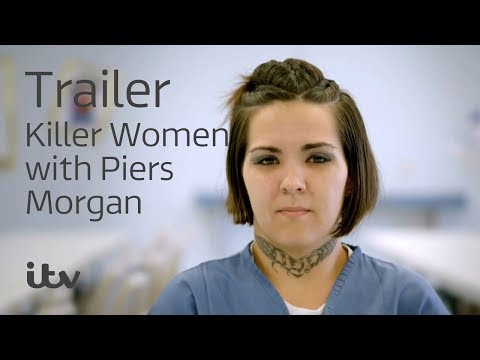 TV-Series Killer Women with Piers Morgan is rated 16+ by Netflix.