The initial version of this game was created in a 48-hour period for the 2013 Global Game Jam, the developers continued and spent 48 days creating a commercial version.

However, Surgeon Simulator is rated T for Blood Effects throughout the Game.

In fact, the age rating, fixed by PEGI for UK citizens and ESRB for the US Continent.PEGI rated Surgeon Simulator as 18and ESRB rated the same as T.

Why Surgeon Simulator is rated T ?

Surgeon Simulator
Note! If you already played the game, please inform us about the parental guidance here with your support, we can bring out a better vision to everyone.

The game Surgeon Simulator is played in the first-person perspective. The mouse movement is used to control the movement of the player’s hand and by holding down the right mouse button and moving the mouse, the player can rotate the hand.

The left mouse button is used to lower the hand and the A, W, E, R, and spacebar keys are used by default to control individual corresponding digits for grasping items. The gameplay consists of the player attempting to perform various surgical procedures, such as a heart transplant.

Multiple extra modes are available after completion of the early operations, such as performing an operation while inside an ambulance where surgical instruments bounce around at random. 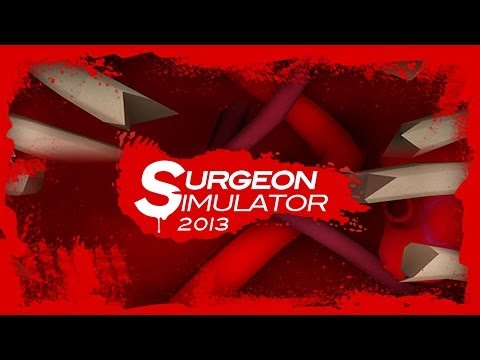 The cost of the game Surgeon Simulator is $18.99 on Amazon.