RBG is an American documentary film produced and directed by Julie Cohen and Betsy West. It focuses on the life and career of Ruth Bader Ginsburg, the second female Supreme Court of the United States Associate Justice.

The movie RBG is rated PG for some thematic elements and language.

RBG
Note! If you already watched the Movie, please inform us about the parental guidance here with your support, we can bring out a better vision to everyone.

Why Film RBG is rated PG ?

This documentary details Supreme Court Justice Ruth Bader Ginsburg’s life and landmark work on women’s rights. At the age of 84, U.S. Supreme Court Justice Ruth Bader Ginsburg has developed a breathtaking legal legacy while becoming an unexpected pop culture icon.
But without a definitive Ginsburg biography, the unique personal journey of this diminutive, quiet warrior’s rise to the nation’s highest court has been largely unknown, even to some of her biggest fans until now.
RBG is a revelatory documentary exploring Ginsburg’s exceptional life and career from Betsy West and Julie Cohen and co-produced by Storyville Films and CNN Films.
[Source: Netflix] 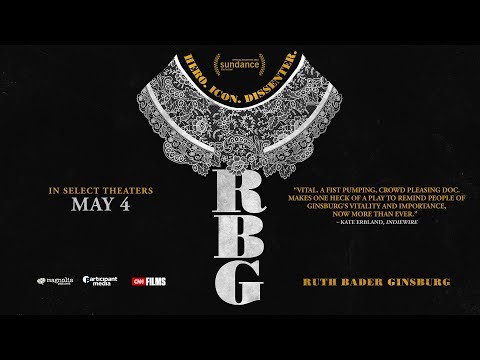 Know about RBG Parents Guide. Why RBG received this age rating? Read the complete information here about RBG age ratings in the UK, US, Australia, Canada, Ireland, Switzerland, and overseas.

The movie RBG is rated PG.