Orphan: First Kill is an upcoming American horror film directed by William Brent Bell with a screenplay by David Coggeshall and a story by David Leslie Johnson-McGoldrick and Alex Mace. Produced by Paramount Players, Dark Castle Entertainment, Entertainment One, Sierra/Affinity, and Eagle Vision.

It is a prequel to the 2009 film Orphan. Isabelle Fuhrman reprises her role as Esther, with Julia Stiles also starring.

Orphan: First Kill is set to be released on August 19, 2022, by Paramount Pictures.

Esther’s terrifying saga continues in this thrilling prequel to the original and shocking horror hit, Orphan.

After orchestrating a brilliant escape from an Estonian psychiatric facility, Esther travels to America by impersonating the missing daughter of a wealthy family. Yet, an unexpected twist arises that pits her against a mother who will protect her family from the murderous “child” at any cost. 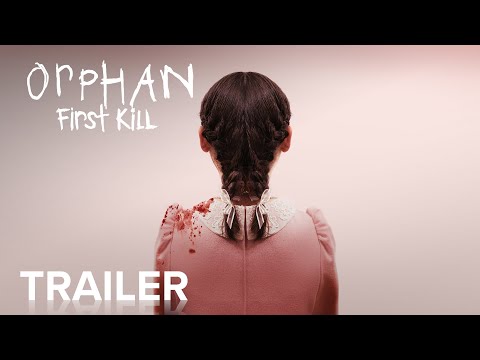 Who is in the cast of Orphan: First Kill?

Orphan: First Kill is rated R in the United States.