Expeditions: Rome is a historical Role-Playing Game that streamlines elements from games like Total War, with its campaign maps, and Divinity: Original Sin, with its tactical turn-based combat and CRPG-style overworld traversal, into an adventure that spans vast swathes of the Classical world.

PEGI-  Expeditions: Rome has received a PEGI 16 because it features the use of strong language, strong violence, and sustained depictions of violence. Not suitable for persons under 16 years of age.

In this game players assume the role of a young Legatus whose father was murdered by an unknown political opponent, forcing you to escape Rome and take refuge in the military campaign to subdue a Greek rebellion. Step by step, the player increases his military prowess, strengthens himself in the forge of combat, and becomes the Legatus everyone learns to both respect, and fear.

In Expeditions: Rome, players exert the will of Rome through their actions across the world stage, from the bright blue coasts of Greece to the deep forests of Gaul.

Players can decide how people will view them, and Rome. Will they strike with an iron fist, or speak with a silver tongue? Will they embrace the political heritage of the Republic, or carve their own path as they navigate the complex politics of the Roman Senate? Every choice made by the player matters as they decide the fate of their legion, their close companions, and of Rome itself. 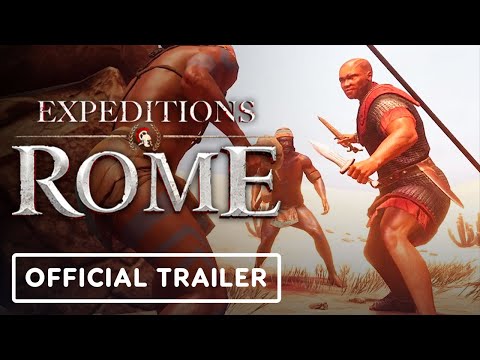 The age rating, fixed by PEGI (Pan European Game Information) for UK citizens and ESRB (Entertainment Software Rating Board) for the US Continent. Moreover, the PEGI rating is based on the physical content of the game and not on the players’ condition or their abuse usage online.