He came back to settle the score with someone. Anyone. EVERYONE.

Desperado is a 1995 American neo-Western action film written, produced, and directed by Robert Rodriguez. It is the second part of Rodriguez’s Mexico Trilogy. The film was screened out of competition at the 1995 Cannes Film Festival. Desperado grossed $25.4 million in the United States.

Desperado is released on August 25,1995, and now streaming on Netflix.

Desperado
Note! If you already watched the series, please inform us about the parental guidance here with your support, we can bring out a better vision to everyone.

This is all about Bucho a rich but casually bloodthirsty drug kingpin who dictates a seedy Mexican border town. Bucho and his men make the mistake of getting into El Mariachi (Antonio Banderas) life, a one-time musician who now carries a weapon in his guitar case instead of a real guitar

. And the reason behind all his turn-up life is Bucho who was the one who turns him into this character. Buncho is the reason for the death of El Mariachi’s girlfriend and hit on Mariachi’s hand so he is unable to play the guitar. In the fire of revenge, the musician turned into a  killing machine. 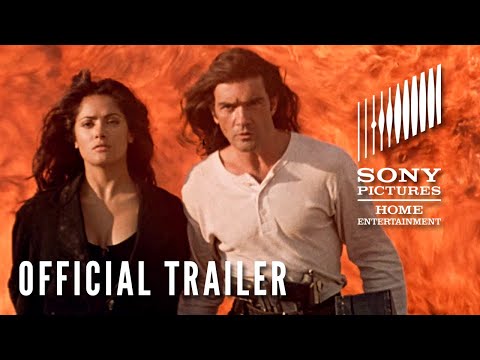 Know About Desperado Parents Guide. Why did the film Desperado receive this age rating? Read the complete information here about Desperado Age ratings in the UK, US, Australia, Canada, Ireland, Switzerland, and overseas.