Dead End: Paranormal Park is available on Netflix on 6.16

Meet Barney, his dog Pugsley (who can now walk and talk after an exorcism gone wrong– it’s a long story!), Norma, and a thousand-year-old sardonic demon named Courtney who must work together to battle paranormal scares, and maybe…just maybe, save the world! Dead End: Paranormal Park Age Rating

Dead End: Paranormal Park is rated TV-Y7. Programs rated TV-Y7 are designed to be watched by children of the age of 7 and up.

It may be more appropriate for children who have acquired the developmental skills needed to distinguish between make-believe and reality.

Themes and elements in TV-Y7-rated programs may include mild fantasy violence or comedic violence or may frighten children under the age of 7.

Therefore, parents may wish to consider the suitability of this program for their very young children. 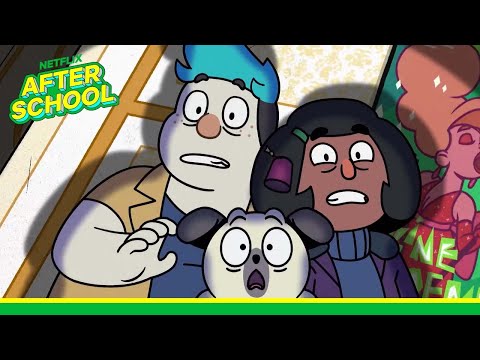