Dating and New York is an upcoming American comedy film written and directed by Jonah Feingold in his directorial debut. It is produced by Joaquin Acrich.

The film is distributed by IFC Films. However, the production company is MXN Entertainment.

The movie Dating and New York is rated PG-13 for sexual material and brief language.

Why Film Dating and New York is rated PG-13?

The movie Dating and New York is scheduled to be released on 10 September 2021.

Dating and New York
Note! If you already watched the Movie, please inform us about the parental guidance here with your support, we can bring out a better vision to everyone.

New York, a city that doesn’t sleep, and a city with the best pizza in the world and crowded subways, two bachelor millionaires Milo and Wendy, where Wendy has been dumbed or stolen. And Milo things haven’t been much great for him as well.

They met each other through the “meet-cute” dating app. Whereat first Milo came like a knucklehead and lowered his sarcastic shield Wendy found someone charming. Though Milo is ready to love, Wendy wants a sexual relationship without any attachment.

The city destined them back together, and she came with a contract that agreed that they’ll turn into “best friends with benefits”. Eventually, their friends Hank and Jessie to Milo’s Doorman Colen know that this isn’t going to work out, one among these two will fall for another. 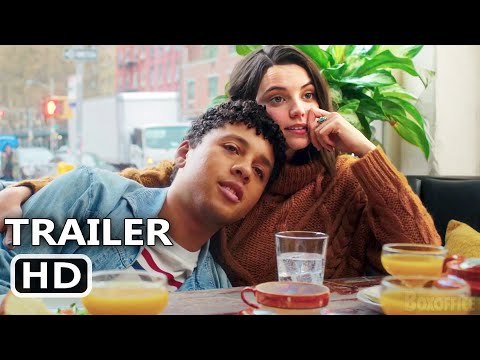 The movie Dating and New York is rated PG-13 in the United States. The Wonderful: Stories from the Space Station (2021)