Cave Rescue is an upcoming drama film. This film was directed by Tom Waller and written by Katrina Grose, Don Linder, and Tom Waller. This film is based on an incredible true story.

If your kids wish to watch the film it is important for you to check out Cave Rescue Parents Guide. It gives you prior information about the content of the movie so that you can decide if the film is appropriate for your kids or not.

When a youth football team and their coach are trapped deep inside a cave in Northern Thailand, thousands of volunteers and soldiers from around the world unite in a race against time to find them. This film is based on the true nail-biting mission that captivated the world. An international team of elite divers is mobilized to rescue a boy’s soccer team trapped in a cave by rising floodwaters.

Cave Rescue is Rated PG-13 for some strong language.

Who is in the cast of Cave Rescue? 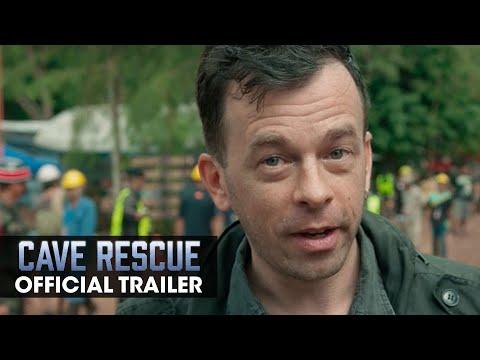 Know about the Cave Rescue Parents Guide. Why does Cave Rescue receive this age rating? Read the complete information here about Cave Rescue ratings in the UK, US, Australia, Canada,  Ireland, Switzerland, and overseas.
In fact, the age rating is fixed by MPAA ( Motion Picture Association of America film rating system),  BBFC (British Board of Film Classification), and Commons sense, TV Parental Guidelines (A television content rating system in the United States).