The movie Bingo Hell is not rated yet but we will update you soon.

The movie Bingo Hell is scheduled to be released on 01 October 2021 on Amazon Prime Video.

Bingo Hell
Note! If you already watched the Movie, please inform us about the parental guidance here with your support, we can bring out a better vision to everyone.

In the Barrio of Oak Springs, live a strong group of elderly friends who refuse to be gentrified. Their leader, Lupita, keeps them together as a community, a family. But little did they know, their beloved Bingo hall is about to be sold to a much more powerful force than money itself.
But when her longtime neighbors begin turning up dead under grisly circumstances, Lupita suddenly discovers that gentrification is the least of her problems. Something terrifying has made itself at home in the quiet barrio of Oak Springs, and with “Bingo!” another victim falls prey to its diabolical presence. 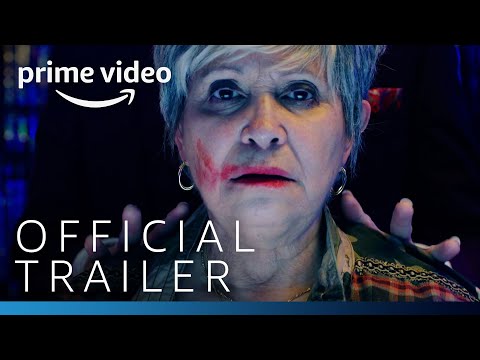