Beautiful Creatures is a 2013 American romantic fantasy film written and directed by Richard LaGravenese based on the 2009 novel of the same name by Kami Garcia and Margaret Stohl.

The film was released in the United States on February 14, 2013, by Warner Bros. Pictures.

What does “Beautiful Creatures” is about?

Ethan Wate is obsessed with his urge to finish high school and go on to college in order to leave the small town of Gatlin, South Carolina behind until a mysterious girl begins to inhabit his dreams. When he meets Lena Duchannes, a newcomer who has just enrolled in his school, Ethan knows she is the girl in his dreams.

Lena is rejected by the rest of her classmates for being the niece of Macon Ravenwood, whom the town’s superstitious residents consider being a devil-worshiper.

But Ethan gives her a ride anyway and they fall in love. Lena reveals to her new boyfriend that she is a witch and that on her sixteenth birthday she will be claimed by either the forces of light or of darkness. She will remain in the light, but only if she does not remain in love with Ethan. To make matters worse, her evil mother, Sarafine, is casting spells to push Lena to the dark side. Ethan joins her in a search to find a magic spell to save their doomed love.

The content of a PG-13 film may be inappropriate for children under 13. Parents’ guidance is suggested.

Who is in the cast of Beautiful Creatures? 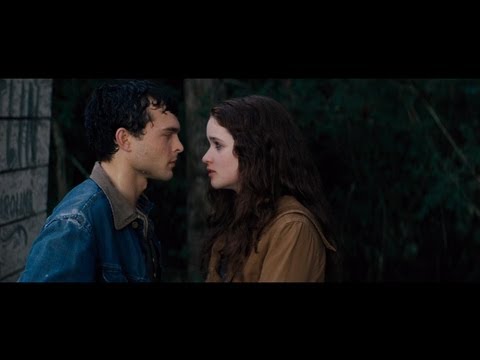