The story comes from real-life couple Jerry Rice and Janice Ruhter, who had to go through events similar to the movie. Per ABC News, a series of sinister events stalked the new couple as they moved into their home in 2011.

The couple bought a home in San Diego, California, in late 2011. The couple stopped receiving their mail, were signed up to $1,000 of magazine subscriptions, and had Valentine’s cards with Rice’s name sent to other women on their street.

Shortly after, they received a strange note trying to buy the property. The events took a turn for the worse when their new home was re-listed for sale on a real estate website, and soon enough, they were bombarded with magazines for which they didn’t subscribe (like in the film).

Eventually, they caught the perpetrator who was wreaking havoc on their new property.

Aftermath is Rated 18+ on Netflix Officials which is equal to the MPAA rating R.

Why Aftermath is rated R ?

The movie Aftermath is scheduled to be released on 04 August 2021.

Aftermath
Note! If you already watched the Movie, please inform us about the parental guidance here with your support, we can bring out a better vision to everyone.

The movie follows a young couple, after getting tired of their messed-up life move into a lavish house with a dark past, they got for a steal after an apparent murder-suicide recently took place there.

Everything starts to get out of control as they begin seeing their house listed on real estate websites, start receiving magazines they never subscribed for, and are stalked by dark presences. 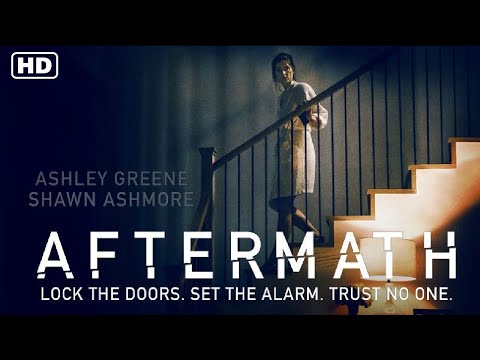