After Life is a British black comedy–drama streaming Netflix television series created, written, produced and directed by Ricky Gervais, who is also the star. After Life first premiered on 8 March 2019 on Netflix. The second season premiered on 24 April 2020. On 6 May 2020. Netflix and Gervais reached a new multi-project deal which included the renewal of the series for a third and final season.

Third and final season of Netflix series After Life is set to release on 14 January 2022.

What is ‘After Life’ about?

After Life follows Tony, whose life is turned upside down after his wife dies from breast cancer. He contemplates suicide but instead decides to live long enough to punish the world for his wife’s death by saying and doing whatever he wants. Although he thinks of this as his “superpower”, his plan is undermined when everyone around him tries to make him a better person. It is set in the fictional town of Tambury, where Tony works as a journalist at a local free newspaper, the Tambury Gazette.

After Life Wallpaper and Images

Official Synopsis of After Life

Struggling to come to terms with his wife’s death, a writer for a newspaper adopts a gruff new persona in an effort to push away those trying to help. 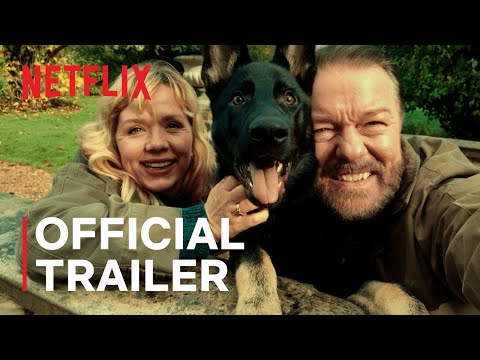 Who is in the cast of After Life?

After Life Age Rating and After Life Parents Guide

Know After Life Parents Guide. Why does After Life receive this age rating? Read the complete information here about After Life age rating in the UK, US, Australia, Canada, Ireland, Switzerland, and overseas.

Netflix series After Life rate 18 in Argentina and R18+ in Australia. 16 in Germany. In Italy this series is rated VM14 in Japan rated R18+, in Singapore M18, in South Korea 18, the United Kingdom it is rated 15 and in the United States, the series is rated TV-MA.