TV-Series A Tale Dark & Grimm is rated TV-Y7 for Cartoonish Violence and Language Throughout.

TV-Series A Tale Dark & Grimm is scheduled to be released on 08 October 2021 on Netfilx.

The series follows Hansel and Gretel as they walk out of their own story into a winding witty tale full of strange and scary surprises. They run away from home to find better parents or at least ones who won’t chop off their heads.

As Hansel and Gretel leave their own story and venture through other classic Grimm fairy tales, unexpected narrators guide us through their encounters with witches, warlocks, dragons, and even the devil himself.

As the siblings roam a forest brimming with menacing foes, they learn the true story behind the famous tales, as well as how to take charge of their destinies and create their own happily ever after. 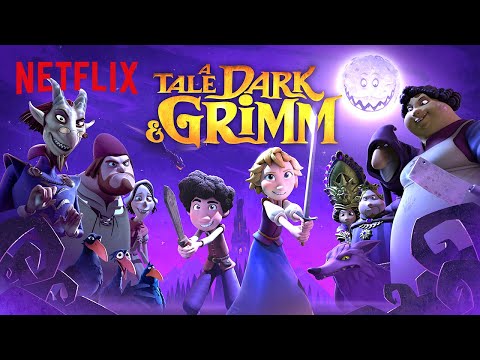 TV-Series A Tale Dark & Grimm is rated TV-Y7 in the United States.

A Tale Dark and Grimm

TV-Series A Tale Dark and Grimm is rated TV-Y7.