"A wondrous, inventive and outright dazzling film about a community arts center, aptly named the Bread Factory, in a small upstate town called Checkford that appears to be at the center of some major social and cultural changes"

A Bread Factory is a 2018 American two-part indie comedy-drama film written and directed by Patrick Wang. This film received critical acclaim. The production Companies of A Bread Factory, Part one are In the Family and Vanishing Angle, Distributed by E.D. distribution and Topic. This movie had been released on October 26, 2018 (United States).

A Bread Factory, Part One

What does “A Bread Factory, Part One” is it about?

This movie centers on The Bread Factory which is a community arts center run by a married couple, Dorothea and Greta. After 40 years of running their community arts space, The Bread Factory, Dorothea and Greta are suddenly fighting for survival. When a celebrity couple of performance artists from China comes to Checkford and build an enormous complex down the street catapulting big changes in their small town.

A Bread Factory, Part One Age Rating, and Parents Guide

A Bread Factory, Part One Wallpaper and Images

Who is in the cast of A Bread Factory, Part One? 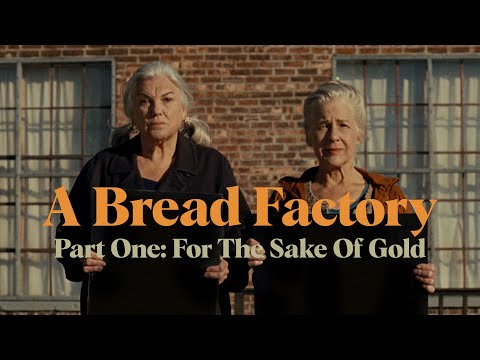