Wu-Tang: An American Saga is an American drama television series created by RZA, Alex Tse. The show portrays a fictionalized account of the formation of the Wu-Tang Clan.

The series is distributed by Hulu. However, the production companies are RZA Productions, Minute Drill Productions, Imagine Television Studios.

TV-Series Wu-Tang: An American Saga is rated TV-MA for Some Violence, Sexual References, Drug Content, and Langauge Throughout.

Why TV-Series Wu-Tang: An American Saga is rated TV-MA ?

Season 2 of TV-Series Wu-Tang: An American Saga is scheduled to be released on 08 September 2021.

The show tracks the Wu-Tang Clan’s formation, a vision of Bobby Diggs, who strives to unite a dozen young, black men that are torn between music and crime but eventually rise to become the unlikeliest of American success stories.

It captures the group’s early polychromatic points of view and emerging creative brilliance, and like the best origin stories, “Saga” tries to be a series that both Wu-Tang newcomers and Wu-Tang fanatics can grasp and enjoy.

Set in early 1990s New York City at the height of the crack cocaine epidemic, the show tracks the Clan’s genesis, a vision of Bobby Diggs aka The RZA, who works to bring together a dozen young, black men who are torn between careers in music and lives of crime but eventually rise to become the unlikeliest of American success stories. 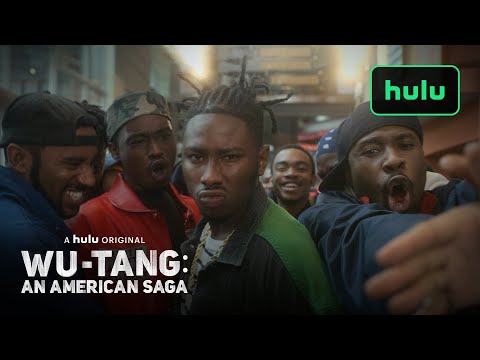 TV-Series Wu-Tang: An American Saga is rated 16 in Poland, TV-MA in the United States.