Get It Now
Titanfall 2

Titanfall 2 is a first-person shooter video game, developed by Respawn Entertainment and published by Electronic Arts. It is directed by Steve Fukuda and produced by Drew McCoy.

The production Company is Respawn Entertainment.

However, Titanfall 2 is rated M for blood, mild language, and violence.

In fact, the age rating, fixed by PEGI for UK citizens and ESRB for the US Continent. PEGI rated Titanfall 2 as 16 and ESRB rated the same as M.

Why Titanfall 2 is rated M ?

Titanfall 2
Note! If you already played the game, please inform us about the parental guidance here with your support, we can bring out a better vision to everyone.

Titanfall 2 is a first-person shooter where players can control both a pilot and their Titans mecha-style robots that stand roughly seven to ten meters tall.

It is about a rifleman, named Jack Cooper, given a Titan, a big giant robot that is there to help or inflict trouble.

As a rifleman, he does not have a pilot certification, which does not help his situation.

But the Titan, named BT-7274 does not give up on their relationship and continues the fight The IMC forces led by Apex Predator Blisk, with Jack Cooper. 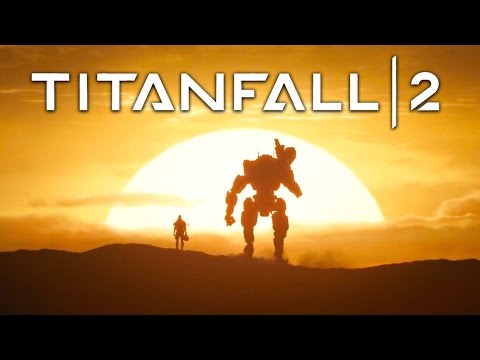