What is Thunder Force Age Rating?

In fact, the age rating, fixed by MPAA ( Motion Picture Association of America TV Series rating system),  BBFC, and commons sense. The board provides the information of the content shown in the movies so that you can decide that the movie is appropriate for your children or not. Thunder Force is rated PG-13 for the contents shown in the movie.

The movie,Thunder Force Rated PG-13 for some action/violence, language and mild suggestive material.

Thunder force age rating 12 in the United Kingdom and PG-13 in the United States and overseas. Besides, it is rated PG-13 in Canada, M in Australia, and 13 in France. Other ratings include 9 in the Netherlands, 12 in Spain, and 12 in Germany. Also, 13 in India.

PG-13 means some shown content in the film may be inappropriate for pre-teenagers. Parents should be cautious.

Emily and Lydia are best friends, and Emily is the daughter of a couple working on a project to give some superpowers to normal human beings to protect the city from miscreants.

After her parents’ death, Emily wants to complete the project of her parents with her best friend Lydia. Lydia was not so serious about this project so Emily separates her from the project.

Both best friends will reunite, and accidentally, Emily ejects herself by estranged Now, both will become the first superhero and fight to protect the city. See the whole story on Netflix. 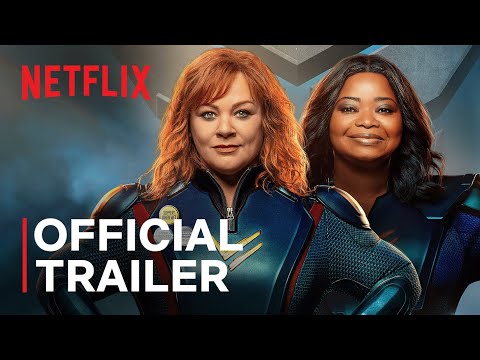