The Summit of The Gods Parents Guide

The Summit of The Gods is an animated adventurous drama movie which is directed by Patrick Imber and Written by Baku Yumemakura, Jirô Taniguchi, and with the collaboration with Jean-Charles Ostoréro.

This French-language animated film is based on the Japanese manga series of the same name by Jiro Taniguchi.

This is an account that begins in Kathmandu, a young Japanese reporter named Fukamachi acknowledges the same camera that George Mallory with his partner the first man to scale Everest, Andrew Irvine took with them to the mountain which can uncover the most secrets of the event that took place back to 70 years.

The Summit of The Gods Release Date

The Summit of The Gods
Note! If you already watched the series, please inform us about the parental guidance here with your support, we can bring out a better vision to everyone.

The Summit of The Gods Overview

In 1924, mountaineers George Mallory and Andrew Irvine attempted a daring challenge: to be the first to scale Mount Everest. However, they disappeared during the final stages of their trek, leading to one of mountaineering’s greatest mysteries—did the pair ever make it to the summit?

1993, Kathmandu. Japanese photographer Makoto Fukamichi discovers a vintage camera in an antique store, which he believes might have belonged to Mallory. However, the camera falls into the possession of “Bikha Sanp”, a burly Japanese man who Fukamichi realizes may very well be Jouji Habu, a legendary Japanese mountaineer who disappeared from the scene several years ago. Unfortunately for Fukamichi however, Bikha Sanp refuses to talk to him and leaves with the camera in tow.

With the trail gone cold, Fukamichi has only one course left to pursue: to delve into Habu’s past and see just what may have brought the former climber to Nepal. For the sake of rewriting mountaineering history, Fukamichi begins his investigation, a task that will bring him to the greatest height in the world—the summit of the gods.

The Summit of The Gods Wallpaper and Image 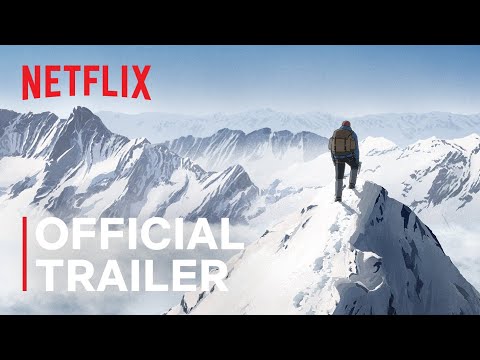 The Summit of The Gods voice Cast and Characters