The Loud House is an American animated television series directed and created by Chris Savino for Nickelodeon. It is produced by Karen Malach, Ian Murray.

The series revolves around the chaotic everyday life of a boy named Lincoln Loud, who is the middle child and only son in a large family of 11 children.

The series is distributed by Nickelodeon, Paramount+. However, the production company is Nickelodeon Animation Studio.

TV-Series The Loud House is rated TV-PG for some rude humor, violence, and frightening imagery.

Why TV-Series The Loud House is rated TV-PG ?

The Loud House
Note! If you already watched the Series, please inform us about the parental guidance here with your support, we can bring out a better vision to everyone.

In this series, 11-year-old Lincoln is in the middle of all of the chaos whether his sisters are giving him unwanted makeovers or he’s racing them to the couch to gain control of the TV, Lincoln is often getting involved in antics with his siblings.

Lincoln’s best friend Clyde, who happens to be an only child, is jealous of Lincoln’s large family and is always willing to play his part in the schemes. Clyde has a crush on Lori, Lincoln’s oldest sister and self-proclaimed boss, who is dating Bobby, who holds many jobs including lifeguard and a mall security guard.

The Loud House Wallpaper and Image 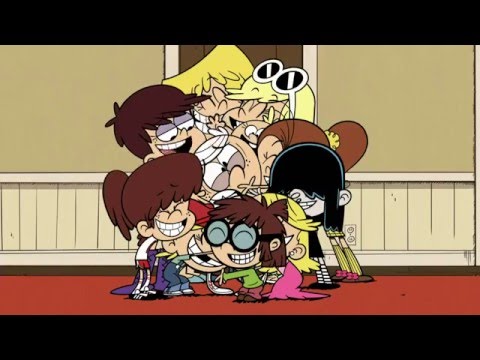 TV-Series The Loud House is rated G in Australia, T in Italy, P13 in Malaysia, PG-13 in the Philippines, 6+ in Russia, PG in Singapore and in the United Kingdom, TV-PG in the United States.