The Invisible Life Of Addie Larue

The Invisible Life Of Addie Larue by V.E. Schwab

The Invisible Life of Addie LaRue is a  fantasy fiction standalone novel written by V.E. Schwab. It was published on October 6, 2020, by Tor Books. The story follows a young French woman in 1714 making a bargain with the devil that makes her immortal but curses her to be forgotten by everyone she meets.

BOOK OF THE YEAR (2020) FINALIST—Book of The Month Club

“The Invisible Life Of Addie Larue” book may be unsuitable for people under 17 years of age due to its use lots of Sexual content and Violence.

A life no one will remember. A story you will never forget.

France, 1714: In a moment of desperation, a young woman makes a Faustian bargain to live forever – and is cursed to be forgotten by everyone she meets.

Thus begins the extraordinary life of Addie LaRue and a dazzling adventure that will play out across centuries and continents, across history and art, as a young woman learns how far she will go to leave her mark on the world.

But everything changes when, after nearly 300 years, Addie stumbles across a young man in a hidden bookstore and he remembers her name.

Addie – In July of 1714, Addie made a deal out of desperation. Now she can live forever.

Henry – In March of 2014, Henry meets a girl in the bookshop where he works.

Luc – In July 1714, Luc answers prayer from Addie. He has answered many prayers for those who have prayed after dark.

“Addie is not happy with her life and marriage, so she takes help from evil to escape this life, but she did something strange for this. Addie willingly trades her soul for immortality, but she doesn’t realize until too late that the price of her freedom is her legacy.

But Now everyone has forgotten her. She tries so that people can memorize her but she fails.

Only Henry remembers her. He can say her name. Now she found hope. But there’s something Henry isn’t telling her, and it may be enough to bring an end to Addie’s three centuries of resistance and survival.” 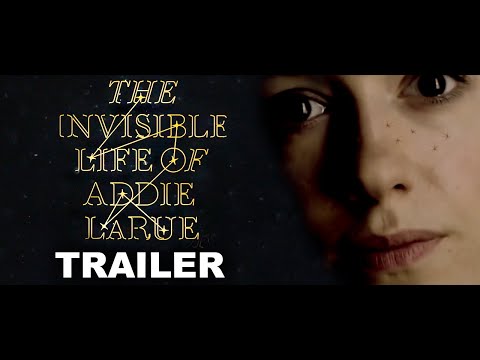 VICTORIA “V. E.” SCHWAB is the #1 New York Times bestselling author of more than twenty books, including the acclaimed Shades of Magic series, the Villains series, the Cassidy Blake series and the international bestseller The Invisible Life of Addie LaRue.

Her work has received critical acclaim, translated into over two dozen languages, and optioned for television and film. First Kill – a YA vampire series based on Schwab’s short story of the same name – is currently in the works at Netflix with Emma Roberts’ Belletrist Productions producing. When she’s not haunting Paris streets or trudging up English hillsides, she lives in Edinburgh, Scotland, and is usually tucked in the corner of a coffee shop, dreaming up monsters.

The Invisible Life of Addie LaRue