The Forgotten City is a mystery adventure role-playing game developed by Australian developer Modern Storyteller and published by Dear Villagers with additional support from Film Victoria.

It is a full video game adaptation of the critically-acclaimed The Elder Scrolls V: Skyrim mod of the same name. Initially released in 2015 as a mod, the full game was released in July 2021 for the PlayStation 5, PlayStation 4, Xbox Series X, Xbox One, and Microsoft Windows. A cloud-based version launched in September 2021 for the Nintendo Switch.

ESRB- The Forgotten City has received ESRB Rating T (TEEN) for Alcohol Reference Blood Mild Language Suggestive Themes Violence. ESRB T (TEEN) means that the content of the game is generally suitable for ages 13 and up.

PEGI- Demon’s Souls game has received a PEGI 16 because it features strong violence. Not suitable for persons under 16 years of age.

In both the full 2021 game and the 2015 mod, the story of The Forgotten City explores the existential relationship between humanity and its laws. The game begins with the protagonist waking after being rescued from floating down the Tiber River by a woman named Karen.

Karen asks them to look for her friend, Al Worth, who disappeared whilst investigating some nearby ruins. As the player explores said ruins, they are sent towards the era of the Roman Empire towards the now-restored city. As the plot progresses and the player continues exploring it’s elaborated that the city is under the conditional protection of the gods, where if anyone is to commit sin, all citizens of the city would be equally punished and turned into gold in a system referred to as the Golden Rule.

These gold statues, depicting previous inhabitants and residents, can be heard by seemingly only the player whispering towards them. The specific sins that are criteria for the Golden Rule to be enacted are not clear to any resident of the city, with numerous records of contradictions. The player is able to re-enter the portal they had entered from and restart the time loop if the Golden Rule is ever enacted, allowing them to keep both physical and mental objects such as important items and information.

The plot was significantly altered from its original story in the mod; with the setting of a Dwemer ruin being shifted towards that of ancient Rome as well as much as the script being updated and rewritten. Multiple endings were both added and expanded from the original story.

Each character in the game has a strong background story and argument, complicating the decisions players make in the game. In the future, the developer plans to provide expansion through mods. 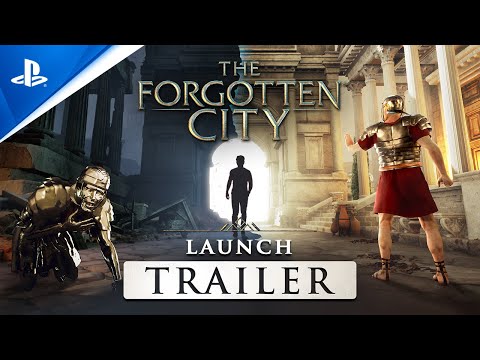 The Forgotten City Wallpaper and Images