A new horror film ‘Story Game’ is on its way. Cinedigm has released a trailer for the upcoming horror anthology film, Story Game, which shows an exciting story with a mysterious plot.

As the trailer began we see a group of friends on vacation about to play an online game then the footage cuts and a text with haunting background music appear on the screen that reads “some games shouldn’t be played.”

Then a male character asks another character about the game app his friend was developing called Story Game. To play this game players spin the dial that determines a location, a genre, and an x-factor.

To win the game players must tell the best story about the element they have chosen in order (location, a genre, and an x-factor).horror

Now the trailer footage cuts and takes you to the location somewhere in Japan and shows several different characters, it was supposed to be a story being told by one of the main characters.

The scene then cuts and shows the group of friends now they ask the old man to tell a story if he wants and he replied “Perhaps I should just show you,”. And he stat to walk in a direction somewhere in the jungle and the rest followed him.

In the darkness of the night, he uncovers a large black, diamond-shaped object. There was a tennis ball in his hand and the object pulls in a tennis ball like a magnet while he says “Time and space overlap here,”.

The trailer further shows a fighting scene in a different place with some scary and bloody images. And the trailer ends with a scene where a female character holding a live mask in her hands which was smiling. Watch the trailer below 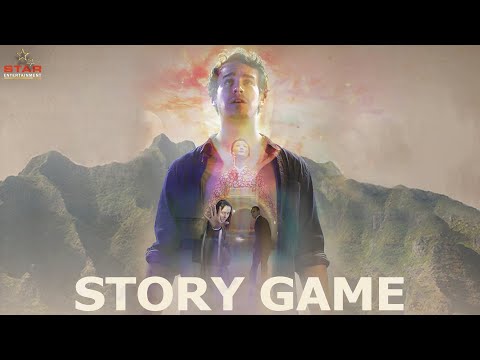