Spy Kids 3-D: Game Over (also known as Spy Kids 3: Game Over) is a 2003 American 3D spy action comedy adventure film, the sequel to Spy Kids 2: The Island of Lost Dreams, and the third part of overall in the Spy Kids film series. Written and directed by Robert Rodriguez and co-produced by Elizabeth Avellán.

Spy Kids 3: Game Over is rated PG for action sequences and peril.

Spy Kids 3: Game Over
Note! If you already watched the series, please inform us about the parental guidance here with your support, we can bring out a better vision to everyone.

Young age agents Juni and Carmen Cortez were appointed for their new exciting mission of virtual reality world of a 3-D video game which is made to out of their thinking when the creatures from the awe-inspiring graphics started striking in the real world.

Based on humor, gadgetry, bravery, family bonds, and lightning-quick reflexes, the young heroes have to fight at their best. They have to go throw different and tougher levels to protect the world from the villains. 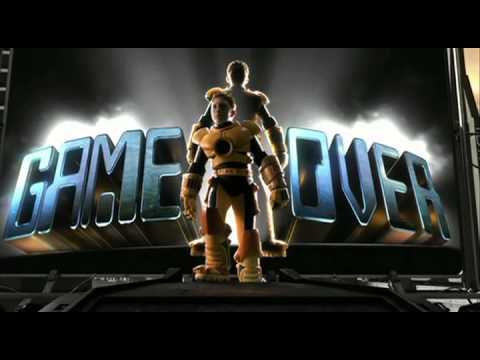