However, the production companies are One Animation, ViacomCBS Digital International Studios.

TV-Series Sharkdog is Rated TV-Y7 for some Cartoonish Violence.

Why TV-Series Sharkdog is rated TV-Y7 ?

TV-Series Sharkdog is scheduled to be released on 03 September 2021 on Netfilx.

In this Series, 10-year-old Max and his best friend Sharkdog half shark, half dog, all appetite. Blissfully unaware of his own strength, stealth, and general snarkiness, Sharkdog often leaves a trail of chaos in his wake. 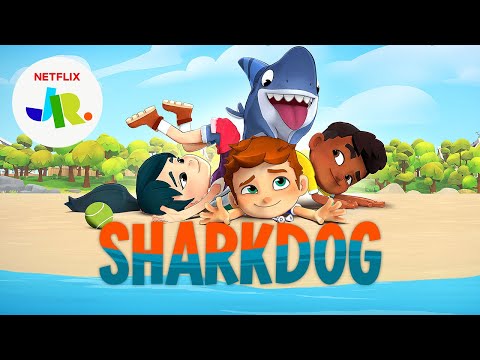 Know about Sharkdog Parents Guide. Why Sharkdog received this age rating? Read the complete information here about Sharkdog age rating in the UK, US, Australia, Canada, Ireland, Switzerland, and overseas.

Just Have a Look
Sharkdog stuff