In Japan, the series is known as Pretty Guardian Sailor Moon Crystal. The series is produced by Toei Animation and directed by Munehisa Sakai.

A sequel of Sailor Moon Eternal two-part film was released in 2021.

Sailor Moon Crystal
Note! If you already watched the series, please inform us about the parental guidance here with your support, we can bring out a better vision to everyone.

This is the story of Usagi Tsukino she is a young girl and she obtains the power to become the titular character. Other Sailor Guardians join her in the search for Princess Serenity and the Silver Crystal.

Usagi is a 14-year-old and learns she is the mystical warrior Sailor Moon. Starting her day quite normal – late for school – Usagi literally stumbles upon a talking cat that later helps her transform into Sailor Moon.
Using her new powers she defeats an evil monster and meets another fighter for justice – Tuxedo Mask, a man wearing a tuxedo.

As Usagi tries to use the strength of her heart to overpower Metalia by using this power, Usagi will defeat Metalia with the Moon Stick and restoring Silver Millenium.

After being awakened by a kiss from Mamoru and learning the fate of her friends, Usagi is summoned by Luna to the moon, where she is told she will become the new queen.

An entity called Pharaoh 90 which plans to overtake the Earth instructs a woman named Kaolinite to destroy the powers of light that can bring him to ruin.

At the same time, a young girl has a dream about the Sailor Guardians, accompanied by a voice that calls for her awakening and the beginning of doom.

Both Mamoru and Rei share the girl’s ominous premonition. The next day, a news report airs concerning students being transformed into monsters in a process called Reversion. Usagi and her friends meet a famed auto racer named Haruka. 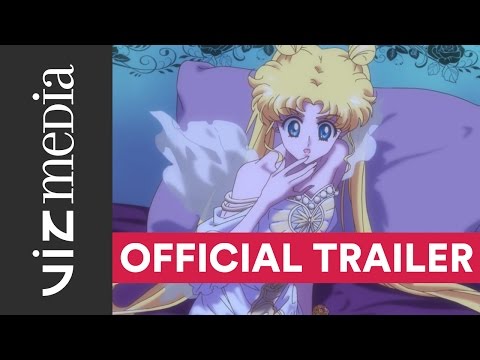 Sailor Moon Crystal rating 15 in the United Kingdom and TV-14 in the United States and overseas. In addition, it is rated G in Canada, PG in Australia, and 12 in Germany.

Other ratings include M in New Zealand, 18 in South Korea, 12 in Spain, and 16 in the Netherlands. Also, 16 in Brazil includes the age rating of Sailor Moon Crystal in the US, UK, NZ, Ireland, Canada, Singapore, etc…