PEGI-  om Clancy’s Rainbow Six Extraction has received a PEGI 16 because it features strong and sustained depictions of violence, as well as the use of strong language. Not suitable for persons under 16 years of age.

Rainbow Six Extraction is a cooperative multiplayer game that can support up to three players. In Extraction, the operators must infiltrate an alien-infested location and complete objectives, such as collecting samples, extracting materials from computers, and gathering intel. Each play session, known as an “incursion”, is made up of three interconnected sub-maps, and players will be assigned any one of the twelve objectives randomly in each sub-map.

The location of the objectives and the placement of enemies are procedurally generated. Once the player secured their objective, they can choose to extract themselves or explore the next sub-map. The new area would be more difficult than the previous one, but players would receive more rewards by completing them successfully.

Extracting early ensures that all the operators would be safe. If an operator is taken down by an enemy, they will become missing in action, and players cannot play as them until they have rescued them in an extraction mission. Characters who are severely injured in the previous mission will also remain hurt and will only recover slowly.

Many operators from Siege return in Extraction, as they have formed the Rainbow Exogenous Analysis and Containment Team (REACT) in order to contain the alien threat. Before the commencement of any mission, players can choose their operator from a pool of 18. Each operator has its own unique weapons and gadgets.

For instance, Pulse has a heartbeat sensor that allows him to spot enemies through walls, while Alibi can deploy a holographic decoy to distract enemies. Team composition is essential for success, as the players in the same session must select three different characters. Like Siege, players can send out recon drones to scout the area, reinforce doors and windows to seal entrances, and shoot through walls. Players must work together and coordinate with each other in order to succeed. The game has a ping system that allows players to reveal the locations of hostile threats and resources to other players.

The aliens featured in the game are called the “Archaeans”. In addition to the standard enemies, there are also special variants, such as the spikers that can shoot sharp projectiles from their body, and rooters that can slow the player down significantly. Areas are covered with a calcifying lime named “sprawl”. Players’ speeds are significantly slowed down while they stand on Sprawl, while enemies will become much stronger.

Sprawl can be repelled by shooting at it. Unlike most other cooperative multiplayer games, Extraction has a slower pace. Players’ health would not regenerate, and health pick-ups, supplies, and ammo are scarce. Stealth is encouraged. If the player is detected by an opponent after making too much noise, it will shriek and attract more enemies. 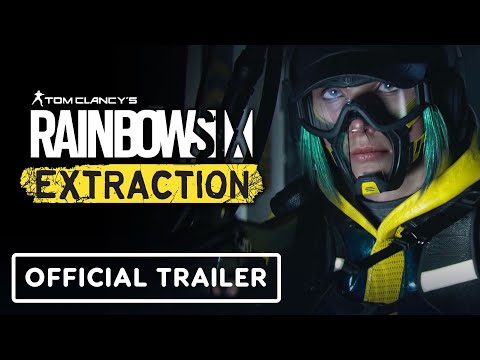