This series is about a group of undervalued LGBT superspies and is centered on a gay secret agent who is like James Bond, Steve Marywhether, as they try to prove themselves on personal and professional adventures.

The Series Q-Force is scheduled to be released on 02 September 2021 on Netflix.

Q-Force
Note! If you already watched the Series, please inform us about the parental guidance here with your support, we can bring out a better vision to everyone.

This series is about a group of undervalued LGBTQ superspies and is centered on a gay secret agent who is like James Bond, Steve Marywhether, as they try to prove themselves on personal and professional adventures.
One day, Mary decides to prove himself to the American Intelligence Agency (AIA), solve a case, and get the approval of the agency, but they have to add a new member to their team, a straight guy. 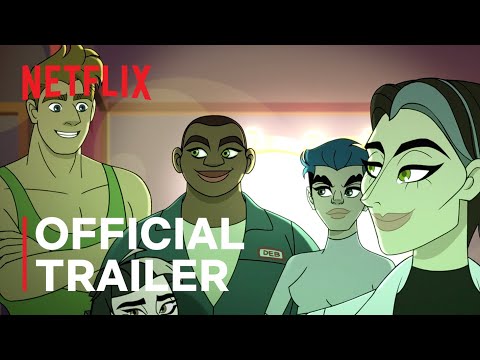 Know about Q-Force Parents Guide. Why did Q-Force receive this age rating? Read the complete information here about the Q-Force age rating in the UK, US, Australia, Canada, Ireland, Switzerland, and overseas.