Outer wilds: Ecos of the Eye

Everything to Catch about “Outer wilds: Echoes of the Eye”

2021 has been an awe-inspiring year for the video game world, In the addition of so many new launch video games, there is also a video game named the outer wilds, which is a charming example of a beautiful and memorable Science fiction game.

This time the outer wilds world is built on high conceptions and themes that create a vibrant narrative. In this game, you will come across the load details about the solar system, and it’s entirely up to you that you will arrange the pieces together and solve the biggest mystery or not.

The Gamers should notice a new Museum this time and this Museum exhibit inside the observatory of the Timber hearth, and this exhibit will talk about ‘The State of Art’ satellite, which will be used to map the solar system in the game.

This game has received a PEGI 7 because it features mild violence that lacks any apparent harm or injury to human-like characters and pictures or sounds likely to be scary to young children. Not suitable for persons below 7 years of age.

Let’s see what the features of this video game are

It has steam achievements, Full controller support will be in the player’s hand throughout this game. Steam Trading will also be available in this, Steam cloud is supported too, And this game can be played Remotely on Television.

A strange Satellite photograph that can’t be explained that easily, A museum that is newly made is marking the traces of the last journey into the outer wilds, and from there, the mystery thread goes on and reveals the deepest secret of the solar system.

Let me welcome you to this newly Launched space program

You are the newly recruited member of this wild’s ventured, a complete Fielding space program, searching for an answer in a different kind of an evolved solar system.

The secrets of the solar system to be revealed

It’s all about finding out what is in the “Ominous Dark Bramble? And who is the maker of the ” Alien Ruins” Of the moon?

The other important question is what are the ways to stop the endless time loop or whether it ever be stopped or not? All these queries are to be solved when you start playing this game.

This game’s previous addition is framed as 2019 best game by far by grant Bom polygon Eurogamer And The Guardian.

Titled Outer wild (2019) a critically acclaimed and award-winning mysterious game about a solar system trapped in an endless time loop.

This desperation level crossed of revealing the mystery of the solar system, Echoes of eyes comprise puzzles that had to create the feeling of being exhausted in every given option. Taking a chance is core to progress, and this will be the central theme of the whole storyline of this game.

In this game, you can make archaeological discoveries, some time by choice and some time accidentally. Each planet plays a prime role, The story is only created to determine why the sun explodes after every 22 minutes and how to stop that time loop.

The species mentioned above in this new world look like some wise bipedal owls with antlers, and they have all leave their home planet, hoping for a better life to come.

The base game of outer wilds lets you chose which planet to go to first. This game is nice to play games without any specific reason or to hit some arrows. You can find your goal after getting into the game. Overall this game is a brilliant game to be stand-alone in the list of all these kinds of video games. 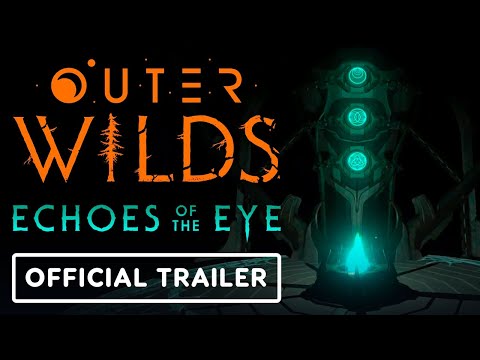