What is the Naruto Age Rating? | Naruto Parents Guide

Naruto is a Japanese anime series based on a manga (comic) series of the same name written by Masashi Kishimoto.

The series is directed by Hayato Date, and produced by Pierrot and TV Tokyo. The English version of the series was released in North America by Viz Media.

This Japanese anime television series centers on a young ninja named Naruto Uzumaki and her adventures, of the Hidden Leaf Village, searching for recognition and wishing to become the ninja by the rest of the village to be the leader and the strongest of all.

Naruto Rated TV-PG for the content shown in the series.

Why is Naruto Series Rated TV-PG?

Each Episode of Naruto takes 22-23 minutes of the total of 220 episodes of 9 seasons.

Naruto
Note! If you already watched the series, please inform us about the parental guidance here with your support, we can bring out a better vision to everyone.

Enter the village hidden in the leaves, where deadly ninjas roam the land and the mischievous Naruto Uzumaki causes trouble everywhere he goes.

Naruto Finally graduates from the Ninja Academy and claims to know it all.

On the way to becoming a Ninja, Naruto must te up with his classmates, the pretty Sakura and Sasuke.

Naruto and his Squad start their first Ninjs mission with a boring and menial task. Weary and angry, Naruto vents his frustration at the Hokage.

Konohamaru, the grandson of the leaf village’s Third Hokage, shows up at the Chunin exam site.

Naruto and his fellow participants arrive at the forest of death, the side of the second part of the Chunin exam.

Deep within the hidden leaf village, sharp and cunning ninjas carry an ultimate power, while Naruto holds the ultimate secret inside.

Naruto’s team joins Kabuto on their journey to the tower, but on the way, they are trapped by the illusion technique of low ranking ninja.

Jiraiya, one of the legendary three ninjas, suddenly appears before Ebisu and Naruto. Naruto gives Jiraiya the nickname Pervy sage.

Naruto continues training under Jiraiya to master the summoning Jutsu. But he has a hard time controlling the chakra of the nine-tailed fox.

Orochimaru’s plan to destroy the village hidden in the Leaves is stopped. But the damages are extensive and work proceeds quickly to make repairs.

Jiraiya and Naruto are on a journey to find Tsunade. Jiraiya’s purpose is to protect Naruto from the clutches of the Akatsuki and to train him.

Shikamaru is promoted to chunin. Lee decided to undergo a dangerous surgery so he can remain a ninja. Sasuke broods over Naruto getting stronger.

Naruto and Sasuke release their ultimate weapons against each other, but Kakashi arrives to stops the fight. Sasuke seeks revenge against his brother.

The fierce battle with Sasuke leaves Naruto unconscious, and Kakashi arrives at his side. Shikamaru is deeply affected by the failure of the mission.

Sakura tries to sneak out of the village to find Sasuke but Naruto intercepts her. They are sent to the land of Rice Paddies where Sasuke’s been taken.

Naruto, Sakura, and Jiraiya search for information in the Land of Rice Paddies. Naruto and Sakura meet Sasame, who is being pursued by an assailant.

While Naruto trains in the forest, a mysterious being attached itself to him and won’t come off. Tsunade suspects it may be the legendary Onbaa.

Sent to provide security at a funeral, Naruto and Shino soon discover that their actual mission involves an unusual request.

During a mission to protect a band of merchants, Choji, Hinata, and Naruto see ominous black smoke rising from the direction of the Lands of Greens.

When they question Yurinoshin and Shun, the Hidden Leaf squad learns the truth about Shun’s true identity.

Naruto comes across an injured young man who has lost his memory. Impressed by his kindness, Naruto insists on letting him stay in the village.

Tsunade thinks Menma is connected to the Hidden Sound Village, so Naruto and the other heads for the Land of Rice Paddies to check into his memories.

Just as the angry villagers are about to attack Menma, the bandits strike again accuse him of being a traitor to their gang 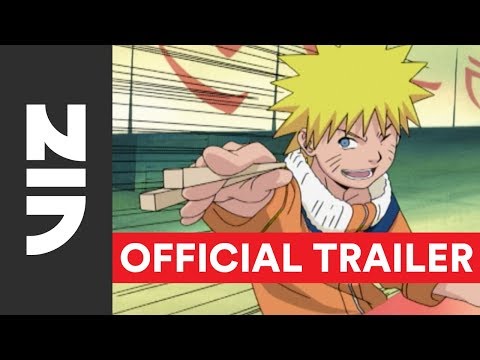 Naruto rating 15 in the United Kingdom and TV-PG in the United States and overseas. In addition, it is rated 10 in France, M in Australia.

Other ratings include PG in Singapore, 13 in Spain, and 12+ in Russia. PG in Canada.

Note- You may found different age ratings for different episodes or seasons.