The film is distributed by Magnolia Pictures. However, the production companies are Queen’s Army, Secret Engine, Complementary Colors.

The movie Mayday is not rated yet but we will update you soon.

The movie Mayday is scheduled to be released on 01 October 2021 (USA).

Mayday
Note! If you already watched the Movie, please inform us about the parental guidance here with your support, we can bring out a better vision to everyone.

In this movie, a young hotel worker named Ana leaves her old life behind to join a group of girls living in a submarine. During her stay, she discovers that they send radio transmissions to war soldiers to lure them to their deaths.

They also kill other men to prove that women are not to be messed with. Disgusted, she realizes she is not a killer, and with the help of some soldiers, she turns against the other women.

Ana is transported to a dreamlike and dangerous land where she joins an army of girls engaged in a never-ending war along a rugged coast. Though she finds strength in this exhilarating world, she comes to realize that she’s not the killer they want her to be. 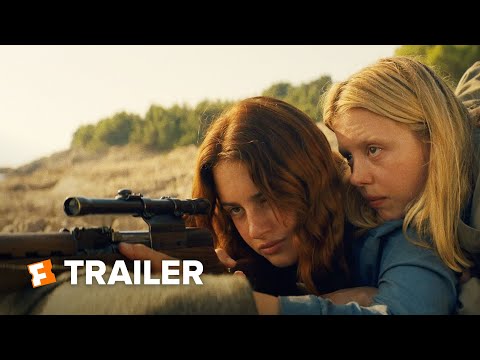 Know about Mayday Parents Guide. Why Mayday received this age rating? Read the complete information here about Mayday age ratings in the UK, US, Australia, Canada, Ireland, Switzerland, and overseas.