The movie Lawrence: After Arabia is rated 12A for Some Violence and Language Throughout.

12A – Some shown content in the film may be inappropriate for children under the age of 12.

The movie Lawrence: After Arabia is scheduled to be released on 09 October 2021 (UK).

Lawrence: After Arabia
Note! If you already watched the Movie, please inform us about the parental guidance here with your support, we can bring out a better vision to everyone.

This movie tells the story of the last years of the life of the 20th-century hero, T.E. Lawrence – Lawrence of Arabia who lived at Cloud’s Hill, his simple cottage near Bovington in Dorset where he spent years escaping the “Lawrence of Arabia” and hero epithets by using pseudonyms and changing his name.
He still had strong ties with his Arab friends, was building bridges with Mosely and the Blackshirts, and was also be prepared for a leadership position in the Secret Service. In common with many other soldiers, he suffered from depression and post-traumatic stress disorder.
His uncompromising and direct manner and beliefs created many powerful and influential enemies. The screenplay is a British period drama and a character study of a man that uses extracts from letters and other contemporaneous documents from the period to reconstruct the final years of Lawrence’s life.
[Source: Mark J.T. Griffin]

Lawrence: After Arabia Wallpaper and Images 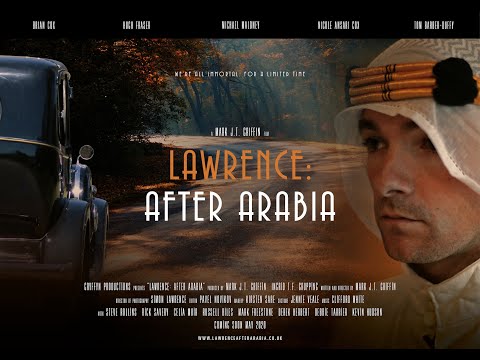 The film Lawrence: After Arabia is rated 12A in the United Kingdom.

Film Lawrence: After Arabia is rated 12A.

Spidey and His Amazing Friends (2021)