Kuroko’s Basketball is a Japanese sports television series based on a Japanese manga series of the same name written and illustrated by Tadatoshi Fujimaki.

Runtime of the each episode of the 2 seasons of Kuroko’s Basketball is 24 minutes.

Kuroko’s Basketball
Note! If you already watched the series, please inform us about the parental guidance here with your support, we can bring out a better vision to everyone.

It tells the story of a high school basketball team trying to make it to the national tournament.

The Teiko Junior High basketball team is winning the junior high Nationals for three consecutive years. The all-star players of the team became known as the Generation of Miracles.

After graduating from middle school, all 5 players went to different high schools with top basketball teams. However, there was another player in the “Generation of Miracles”: a phantom sixth man.

This mysterious player is now a freshman at Seirin High, a new school with a powerful, if the little-known, team. Now, Tetsuya Kuroko – the sixth member of the “Generation of Miracles”, and Taiga Kagami – a naturally talented player who spent most of middle school in the US, aim to bring Seirin to the top of Japan and begin taking on Kuroko’s former teammates one by one.

First-years Taiga Kagami and Tetsuya Kuroko join the basketball club. Kuroko challenges Kagami to a one-on-one match and fails to impress Kagami. Kagami declares he’ll become Japan’s best player. Kuroko states he can’t do it alone, but that he has decided to be the shadow to Kagami’s light.

The coach sets up a practice match with Kaijou, a strong team, with one of the members of the Generation of Miracles, Ryota Kise.
Seirin visits Kaijou for the match and is insulted that the coach, Takeuchi, underestimating them, has only allocated half the court for the match and tells Kise to sit out.
Kagami starts coordinating with Kuroko, and the flow of the game switches in Seirin’s favor until Kise accidentally hits Kuroko, who has to sit out. Play continues, with Kagami focusing on defense and leaving the attack to the 2nd year.
Midorima, the Generation of Miracles’ number one shooter, shows up and chastises Kisg. Seirin visiting a steakhouse. Kise asks Kuroko why he left basketball in middle school.
The second years task the first years with getting some highly sought after “special bread” from the cafeteria. Seirin learns that they will face Shutoku in the finals of the Inter-High preliminaries.
Kuroko is subbed out to conserve his energy, leaving Kagami to deal with Papa alone. Seirin finds out they will face two of the “three emperor teams” on the same day, with Seiho in the semifinal and Shutoku in the grand final.
Spoiler title

The first years participate in a street basketball tournament, with Kiyoshi subbing in for Kawahara. They run into Seiho and learn that only the top eight teams from the Inter-High can participate in the Winter Cup heats.

Momoi shows up at Seirin, where the second years are practicing. The first years and Kiyoshi return to Seirin, where Momoi explains that Aomine didn’t play in the Interhigh finals due to injuries sustained during the Kaijo-Touou game.

The Winter Cup preliminaries begin with Seirin versing Josei High. A member of Josei recognizes Kiyoshi as “The Iron Heart”, one of 5 players who would have been considered prodigies of their time if not for the Generation of Miracles.

Three other teams advance to the championship league along with Seirin; Shutoku High, Senshinkan High, and Kirisaki Dai Ichi High. Seirin’s first opponent is Senshinkan who is known as the “King of the West”.

With Murasakibara finally appearing on the offensive side, Seirin is slowly losing hope of having the chance to win against Yosen. Murasakibara catches the ball and dunks it, causing the hoop to break and collide with the ground.

During the time out, Murasakibara said that he does not want to play even though they are still 4 points ahead, but Himuro is able to convince him back into playing. How would the match end up?

Knowing that he is at his limits, Kagami exceeds them and attempts a lane up, but he does not have enough space to jump from that angle, and would not reach the hoop. Kagami then made his new move, Meteor Jam, over Murasakibara 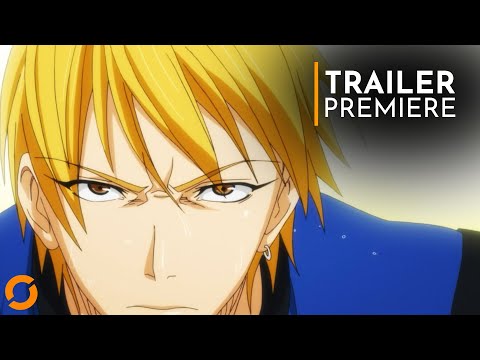 Kuroko’s Basketball rating is 7 in France and PG-12 in Japan. In addition, it is rated 12 in Germany, T in Itlay.

Other ratings include PG13 in Singapore, 15 in South Korea.

Killers of the Flower Moon