Get It Now
Johnny Test

Read about Johnny Test Parents Guide. However, the Johnny Test age rating is TV-Y7 because the series Contains some crude humor, and some episodes are rated TV-Y7-FV which means programming with fantasy violence that may be more intense or more combative than another programming in the TV-Y7 category.

TV-Y7 rated programs most appropriate for children age 7 and up.

The series is produced by Cookie Jar Entertainment. Moreover, it is distributed by Warner Bros. Television Distribution and Netflix.

The second and Third seasons premiered on Kids’ WB on 17 September 2005.

From season 3 to season 6 the series aired on Cartoon Network starting, and season 7 of Johnny Test is Scheduled to release on 16 July 2021 on Netflix.

The adventures series of the title character named Johnny Test who lives with his parents, his twin sisters named Susan and Mary they both are scientists and each other’s best friend, and a talking dog named Dukey.

Susan and Mary let Johnny use their drill vehicle, and when they get to the center of the Earth, the stolen items turn out to be from mole people after all and the mole people capture him.

See Johnny and Dukey go back in time to learn about pirates, but they find themselves on pathetic pirate Nobeard’s ship.

When Eugene finds out that Johnny is the only one who stands in the way of him and Susan, he made a plan to set up Johnny forever as he tries to get the last ingredient for his sister Susan. When Eugene eats it, Susan’s problem is finally over, but it’s now Mary’s problem.

Susan and Mary purposely revert themselves back into babies while the parents are out, and Johnny has to keep them safe from the irresponsible babysitter Gil; this interferes with a party he and Dukey had been planning and Mr. and Mrs. Test are mad.

Now Johnny is old enough to participate in Porkbelly’s Annual Running of the Squirrels, but he has to get past Lila because they think it’s too dangerous for Johnny and they duct tapes, Johnny, to the Chair.

Johnny tries to extend his summer vacation with Susan and Mary’s time-stopping watch. But accidentally it gets breaks and so they try to fix it.

Season 7 is the upcoming 7th season of Johnny Test. In 2020, production studio WildBrain announced its release for Netflix 2021. 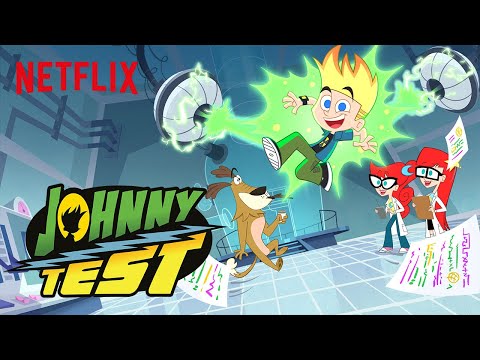 Johnny Test  2020 rating  U in the United Kingdom and TV-Y7 in the United States and overseas. In addition, it is rated C8 in Canada, PG in Australia, and 6 in Germany.

Other ratings include 7 in South Korea, TP in Spain, and 6 in the Netherlands. Also, 6+ in Russia. This includes the age rating of Johnny Test in the US, UK, NZ, Ireland, Canada, Singapore, etc…