Hit the Road is a 2021 drama film that is directed and written by Panah Panahi, here in this article below, you will get to know the Hit the Road Age rating and know more about Hit the Road parents guide, release date, and cast. Hit the Road tells the story of a family that takes a road trip across the rugged landscape of Iran to drop their older son off at the border. Despite the cheerful presence of their younger son, unspoken tensions arise and risks involving the elder son’s flight become increasingly evident as the family approaches its destination.

Over the whole trip, they bond over memories of the past, grapple with fears of an unknown future, and fuss over their sick dog. The humanist drama is an authentic, raw, and deeply sincere observation of an Iranian family preparing to part with one of their own.

Hit the Road Wallpaper and Images In the trailer we see, a chaotic family going on a road trip across a rugged landscape and the winding desert highways and gorgeous emerald valleys of northwestern Iran.

Beside her sits her elder son which is pensive and quiet. One beautifully observed conversation with his shaggy, bearlike Dad who sits in the back with his right leg in a tatty cast sticking through the gap between the front seats, beside him was his younger son who was really pinging around the car like a pinball nicknamed Monkey the Second by the father. And right in the back, there is Jessy the family dog, whose late-stage illness is one of the secrets being hidden from the little boy. 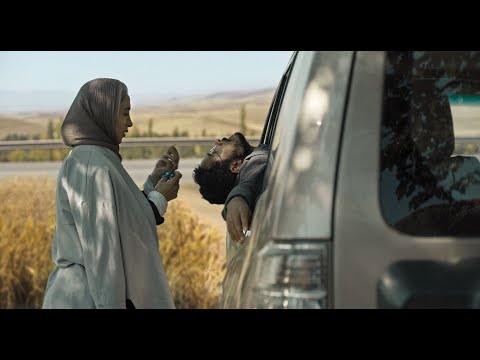 Another secret was the actual reason for the journey, which is a melancholy and even dangerous one, that justifies Mom’s fear at one point that they are being followed paranoia further borne out when the messenger they’ve arranged to meet turns out to be a horror-movie-style motorcyclist wearing a crudely fashioned burlap sack as a mask. But the younger boy punctures the fearfulness of the encounter by cheerily.

Who is in the cast of Hit the Road?

Know about the Hit the Road Parents guide. Why does Hit the Road receive this age rating? Read the complete information here about Hit the Road ratings in the UK, US, Australia, Canada, Ireland, Switzerland, and overseas.

Hit the Road is rated PG in Australia, T in Italy, M in New Zealand, A in Norway, and 15 in Sweden. The Secret Society for Slow Romance (2022)