The series is distributed by Netflix. However, the production companies are Les Films Du Kiosque, Netflix.

Season 3 of TV-Series Family Business is scheduled to be released on 08 October 2021.

In this series, Learning that cannabis will be legalized, Joseph, a failed entrepreneur, decides to transform, with the help of his family and friends, the kosher butcher shop of his father and open the first marijuana coffeeshop in France.

Despite ending with a cliffhanger, the episode does well to round out and close up some of the relationships between characters, especially Joseph and Aida who have a suitably heartwarming final scene together. The episode itself begins when Olivier doesn’t turn up in the morning.

Ali and Joseph go looking for him in the garage where they left the truck. They find it empty and suspect Ali’s boss Virgile is the one responsible. The police then find the truck abandoned and bring it back to the farm. After some back and forth, they open the backup and it turns out the truck is empty.

A few days pass and the coffee shop has now been remodeled. The family sits down to watch the news and find out that Clem’s father has been fired. The Prime Minister also announces that the rumors regarding the legalization of marijuana were false, which send the family into an uproar. 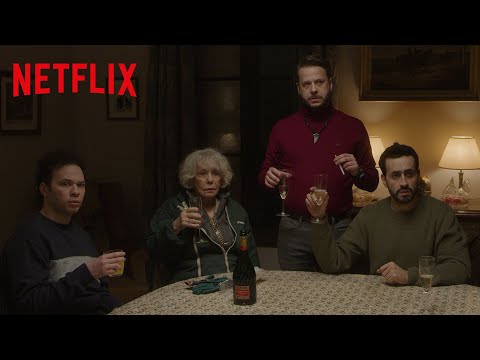 TV-Series Family Business is rated MA15+ in Australia, 16 in the Netherlands, R21 in Singapore, 18 in South Korea, 13 in Spain, 15 in the United Kingdom, TV-MA in the United States.

The Ingenuity of the Househusband (2021)