Black Friday is an upcoming American horror comedy film written by Andy Greskoviak and directed by Casey Tebo. It is produced by Bruce Campbell, Warner Davis.

The film is distributed by Screen Media Films, Highland Film Group. However, the production companies are MFW Productions, The Warner Davis Company.

2021 film Black Friday has not been rated officially, I will suggest age rating R because of violence, offensive language.

R rated means Restricted- Under 17 requires accompanying parent or adult guardian. Contains some adult material. Parents are urged to learn more about the film before taking their young children with them.

The movie Black Friday is scheduled to be released on 19 November 2021 (USA).

Several employees at a big-box toy store are infected by an alien substance while preparing for Black Friday. On the day of, and after customers are allowed inside, the remaining employees discover that the infected have turned into zombies. While some employees work on closing the doors and eliminating the infected, Ken and Jonathan defend themselves from a zombie in the bathroom.

The group realizes that the infected are building something in the middle of the store. A police car crashes into the entrance, allowing more zombies to enter. By the time they regroup, the remaining survivors are Ken, Jonathan, Marnie, Chris, and Brian. An argument ensues between Ken and Chris.

As the group prepares to leave, Ken is bitten. Chris apologizes and Ken is left behind. Ken, however, does not turn into a zombie. On the roof, Jonathan sacrifices himself and jumps into a horde of zombies. Brian reveals he purposely bit Ken to separate him from the group. Marnie, Chris, and Brian make it to the parking lot and watch as the store burns down. They realize that the zombies have merged into a large alien creature.

Brian tries to talk to the monster but is killed instantly. Ken finds Marnie and Chris. Together, they hurt the creature using a forklift, which instantly kills it. The trio leaves to get pancakes, unaware that there are other alien creatures nearby. 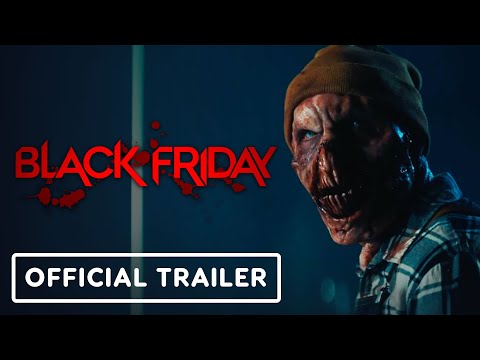